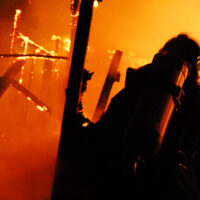 A Fort Lauderdale area warehouse was destroyed in a recent fire that was caused by human error. Response teams were able to get the fire under control, though additional explosions and small fires resulted from the original fire which was caused when a worker accidentally punctured a container of an explosive chemical compound, according to officials. Fortunately, though the incident caused part of the building’s roof to collapse and fire to spread to a tractor trailer that had been parked near the warehouse, no one was injured.

Everyone involved in this accident can agree that the situation could have been a lot worse, particularly if personal injuries had resulted from the fire. Fire injuries usually fall into one of two main categories – burns and smoke inhalation. Statistics provided by the American Burn Association indicate that in 2016 nearly half a million burn injuries were recorded by hospitals and emergency rooms; this number is likely only a fraction of the total number of burns received by fire victims, as many of the more minor injuries may have been treated by other medical facilities and not included in the half million estimate. In addition to the injuries received, over three thousand individuals were killed as a result of fires – a number that equates to one death nearly every three hours, year round.

There are two factors that affect how a burn is classified – the method and degree. Methods of burns include thermal, chemical, electrical, light, and radiation. The second factor – the degree of the burn – is one of three: first, second, and third degree. Despite being and looking painful, first degree burns are the least serious, generally heal on their own within a few days, and usually do not result in permanent scarring. Second degree burns are more serious and involve both the outer layer of skin as well as the dermal layer, but will also heal with moderate care within a few weeks and generally result in minor scarring, if any. Third degree burns, the most serious of the three, can result in extensive scarring and require surgery such as skin grafts; they involve all skins layers and damage to the nerve endings which may prevent the victim from having much pain from the burn itself.

Depending upon the extent and severity of a burn injury, treatment can range from over the counter products to surgeries and a lifetime of rehabilitation. Minor burns can usually be treated at home with ointments and other drugstore remedies, but more severe burns may require hospitalization, medications to prevent or treat infection, skin grafts, cosmetic/reconstructive surgery, and physical therapy.

Are You Suffering From Burn Injuries? Contact Boone & Davis Today

If you have been injured in a fire, you may have options to recover from the losses associated with your accident and recovery. The Fort Lauderdale attorneys at Boone & Davis have decades of experience helping burn injury victims obtain compensation for their medical bills, lost wages, and future medical needs stemming from fire-related accidents and can help you do the same. Contact us to schedule your appointment at no cost or obligation to you – we are ready to help you get the results you deserve. Contact Boone & Davis online or by call us at 954.556.5260 and speak with a legal professional today to get started.