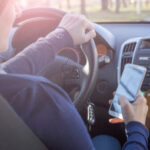 How Multitasking Leads to Dangerous Driving

In recent years, the need to multitask has become almost universal, regardless of a person’s employment situation or personal life. For instance, many of us are expected to answer emails, while also taking a lunch break, and answering any work-related phone calls. While multitasking can be accomplished in a safe manner, it is not… Read More » 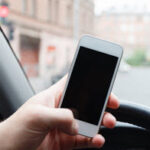 A bill introduced in the Florida Legislature that would have increased penalties for distracted driving was recently rejected by the Senate. The bill in question, known as House Bill 33, was passed by the House with only two dissenting votes and was even endorsed by the governor. Despite the high number of the bill’s… Read More »

A travel agency in Hialeah was the site of a recent auto accident, when the driver of a car crashed into the entrance of the business during the mid-morning hours. Damage to both the building and the driver was minimal, with the driver suffering only minor injuries and a window of the travel agency… Read More »

Traffic Accident Deaths On The Rise

It is impossible to turn on the news without hearing about traffic accidents everywhere. A five-car pileup on the highway, a drunk driver hitting a pedestrian, a hit and run that leaves injured victims in the streets – is it just our imagination, or are there more accidents occurring all the time? The death… Read More »

Distracted Driving Awareness Month: How Does Florida Stack Up?

Distracted driving has become a growing concern in many communities across the United States. In fact, the U.S. Department of Transportation has made it a national priority to curb distracted driving, including banning texting and cell phone use for commercial drivers on the federal level, hosting two safety summits on the topic and encouraging… Read More »