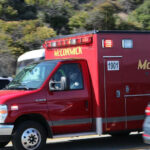 Pembroke Pines, FL (March 19, 2021) – A 4-year-old boy in South Florida died after a small plane crashed into his mother’s SUV on Monday afternoon, March 15. According to officers, the crash also claimed the lives of two other people. A small Beechcraft airplane had taken off from North Perry Airport in Pembroke… Read More »

Travelers and employees at the Fort Lauderdale-Hollywood Airport were lucky to escape injury recently when a cargo plane’s landing gear collapsed and caught fire on the runway. Thanks to prompt action by firefighters and other emergency personnel, the cargo plane’s pilots escaped without injury and disaster was avoided. According to reports, the cargo plane… Read More »

Staying Safe In The Skies

Whether we are flying for business or pleasure, we want to stay safe during our flight. Thankfully, the aviation industry has worked hard to minimize the dangers associated with airplane travel, and it is considered to be the safest way to travel. To be sure, many understand that there is a much higher risk… Read More »