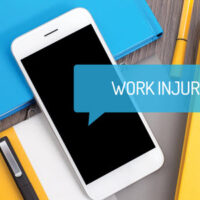 Several members of a construction crew working at a Northwest Miami-Dade warehouse suffered injuries during a recent workplace accident. The workers were performing roof repairs at the time of the incident, when the roof they were working on collapsed beneath them. Workers fell between eight and ten feet into the building as a result of the collapse, which left a large hole in the roof. Response teams were able to rescue the injured workers and confirm there were no additional victims. Three of the injured were transported to a medical facility for treatment and an additional three were involved in the incident but did not require hospitalization. The incident could have been a lot worse and those involved are thankful it was not.

Construction work of any type, including building repairs, is dangerous work, but the aftermath of a construction-related incident such as a roof collapse poses dangers for those who respond to the accident scene as well. In this roof collapse incident, none of the responders, either human or canine, were injured – but this is not always the case. Rescue workers and emergency response personnel face hazardous conditions as regular part of their job duties and, when responding to a building collapse incident, often need to consider many factors that may be present as a result of the collapse. Some of these may include exposure to dangerous gases or toxic fumes as a result of gas leaks or sewer system breaks, lack of oxygen, further danger of collapse, and exposure to glass, metal, and other sharp objects, among many others.

Firefighters, for example, are one of the groups who are most likely to respond to emergency situations such as the warehouse roof collapse accident and, tragically, the numbers of firefighters injured or killed during collapse incidents have increased. Additionally, our fearless firefighters face the possibility of a building collapse any time they respond to a fire. According to the United States Fire Administration, building collapses are difficult to predict and can happen without warning. Factors such as the age and history of a building and its structural condition are just a few of those which must be assessed by response crews to evaluate whether further danger from a collapse is an immediate concern.

If you have been injured as a result of a construction or worksite injury, you are entitled to receive compensation for your injuries and losses. Depending upon the factors surrounding your accident, you may have several legal options to choose from when considering how to proceed. Speaking with an experienced personal injury attorney is the best way to learn all of your options and which is the right one for your situation. The Fort Lauderdale personal injury attorneys at Boone & Davis can help you understand your legal options and determine which way is the best way for you to proceed to get the results you are entitled to receive. Contact Boone & Davis now by calling 954.556.5260 or visiting online today to schedule your initial consultation.