A Fort Lauderdale area warehouse was destroyed in a recent fire that was caused by human error. Response teams were able to get the fire under control, though additional explosions and small fires resulted from the original fire which was caused when a worker accidentally punctured a container of an explosive chemical compound, according… Read More » 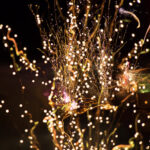 Several people in the Miami area have been the victims of fires at home in recent days. In one incident in Miami-Dade County, a victim suffered injuries as a result of an apartment fire and was taken to a nearby hospital for treatment for burns on their face and chest. In a separate incident… Read More »

A routine day at work became anything but that recently when a local man suffered serious injuries during electrical work at a new Aldi grocery store and was taken to the hospital for treatment of serious burns on his upper body. The man is an employee of an air conditioning company and was working… Read More »

Pep rallies are supposed to get a crowd fired up, but a local school got more fired up than they anticipated when a fire breather act at a St. Patrick’s Day pep rally went drastically wrong. According to this story, a part of the entertainment for the rally was a fire breather who, during… Read More »

A woman was severely burned after a car exploded during a photo shoot in a Fort Lauderdale junkyard last month, according to a report in Local 10. The woman, Jenny Meiler, is a 48-year-old nutritionist from Boca Raton. She suffered burns on more than 75 percent of her body when she was trapped inside… Read More »

The Basics of Burns

Burns are damage to skin tissue caused by a variety of forces including: chemicals, electricity, heat, sunlight, and radiation. Scalds, flammable liquids and gases, and building fires are among some of the most common causes of burns. If you have been burned due to someone else’s negligence, make sure to reach out to an… Read More »