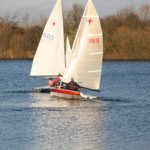 Florida is a boater’s paradise for many people, including both residents and visitors. However, the state’s waters can also be perilous. In fact, according to a report recently released by the Florida Fish & Wildlife Conservation Commission (FWC), Florida has the highest number of boating accidents in the country. This is something that all… Read More » 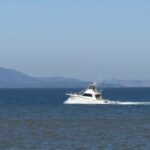 Boca Raton, FL (July 12, 2021) – One person sustained injuries on Sunday, July 11th when a runaway boat collided with three other boats on Lake Boca in Boca Raton. Authorities in Boca Raton reported that, at about 3:05 p.m., a boat occupant inadvertently knocked the throttle, which propelled the boat forward and tossed… Read More »

Miami, FL (June 12, 2021) – A man was airlifted from the scene of a boating accident in the Biscayne Bay on Friday afternoon. The accident happened around 4:45 p.m. near North Bayshore Drive and Northeast 123rd Street. The Miami-Dade Fire Rescue responded to the scene of the incident. According to a report from officials,… Read More »

Miami Beach, FL (May 30, 2021) – Rescue crews responded to the scene of a crash involving two boats in the Biscayne Bay near Miami Beach on Saturday, May 29th. The collision happened around 4:00 p.m. near North Bay and Indian Creek Village. The Florida Fish and Wildlife Conservation Commission, Miami Beach Police Department, Miami… Read More »

Miami, FL (May 23, 2021) – Two people were taken to the hospital following a boat crash in Miami on Friday night. The collision happened around 11:00 p.m. in the Intracoastal Waterway along the Biscayne Bay. The Miami-Dade Fire Rescue, along with the U.S. Coast Guard responded to the scene of the collision, just south… Read More »

Miami, FL (May 2, 2021) – Police and rescue officials in Miami responded to the scene of a deadly hit-and-run accident involving a watercraft on Saturday, May 1st. The incident took place around 2:20 p.m. near the Rickenabcker Marina. The Florida Fish and Wildlife Commission, along with crews from the Miami-Dade Fire Rescue were called… Read More »

Miami, FL (September 20, 2020) – Authorities are investigating after a man was killed in a boating accident in Miami on Thursday. The incident took place in Baker’s Haulover Inlet near the Haulover Sandbar area. According to police, Zach Forte was on a boat in the inlet when he was struck by another boat. Following… Read More » 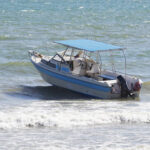 Recently, a young man lost his life in a tragic boating accident that occurred near Vero Beach. Although authorities are still investigating the crash, initial reports indicate that the 17 foot boat, which was carrying six passengers, struck a channel marker while traveling on the Indian River around midnight. Another passenger suffered serious lacerations… Read More »

Boating is a fun activity enjoyed by many people in the Southern Florida area. It is a part of many vacations, as well as an activity that many locals enjoy. Along with the fun, though, comes a bit of risk and potential for accidents and injuries. One such incident occurred recently when a woman… Read More »

Cruises have become increasingly popular over the years and there are innumerable choices to make when considering one for your next vacation. The cruise line, the size of the size, the ports of call – all of these are decisions a traveler must make.  Once you finish making all your decisions and your trip… Read More »