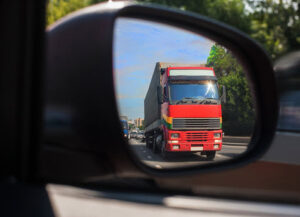 An accident involving a tractor trailer maneuvering through a freight access area has resulted in the death of the rig’s driver. According to reports, the driver contacted security in the freight area about the accident, in which he struck two other parked trailers. By the time authorities responded to the call, the driver was no longer responsive and was taken to a nearby hospital. The driver died, and detectives are now trying to determine what caused the accident, though it is suspected that the accident may have occurred as a result of a medical episode suffered by the driver at some point during the incident.

Not The Usual Truck Accident Scenario

While no one other than the truck driver was physically injured as a result of this truck accident, many other accidents involving large trucks do not have the same result. In many large track accidents, the driver is less likely to suffer injuries or death; the occupants of smaller passenger vehicles involved in a collision with a large truck are much more likely to be injured or killed.

Common sense tells us why these statistics are true. The tractor trailer or large truck is many times heavier than a passenger vehicle and, as a result, is much less likely to be able to stop quickly if things occur that require fast reflexes and efficient brakes. When driving conditions are less than perfect, such as in rainy weather and wet roads, the problem is made that much worse. Knowing that you, as an occupant of a smaller vehicle, will likely fare much worse than the truck driver if your vehicles should happen to collide, is an incentive to practice safe driving habits even more closely when sharing the road with larger vehicles such as tractor trailers and heavy trucks. Two simple tips to keep yourself as safe as possible when driving alongside large trucks include:

Let Us Help You Today

When you have been injured as a result of an accident involving a large truck, you need to speak with a legal professional experienced in these types of matters. At Boone & Davis, our attorneys have represented  clients throughout the Fort Lauderdale area in accident cases of all types, including those involving large trucks. Whether the cause is truck driver error or fatigue, or if the collision was the result of some sort of defect of the truck itself, you are entitled to compensation for the injuries you have suffered. Contact Boone & Davis right away either by calling 954.556.5260 or visiting us online. Get started on the road to recovery today.