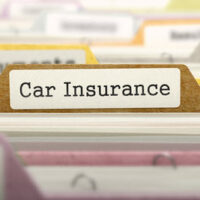 A recently introduced statute that would repeal Florida’s longstanding no-fault insurance system has cleared another legislative hurdle, as the House’s version of the bill was recently approved and sent to the Senate. However, both the House and the Senate are sponsoring two different versions of the bill, which could complicate the issue, as the two legislative bodies would need to reach an agreement on which bill to pass by the end of the 60 day annual session. If passed, the new law would repeal the no-fault statute and replace it with a requirement that Florida drivers purchase coverage not only for their own injuries, but also the injuries of others involved in their accident. To learn more about current auto insurance laws and how they could affect your personal injury claim, please call one of our dedicated auto accident attorneys today.

Under Florida’s current Personal Injury Protection (PIP) law, those who are involved in car accidents must file a claim with their own insurance providers to pay for their injuries. Only after their own insurance policy has been exhausted can an injured party seek compensation from the other party’s provider. Florida is one of the few states that has continued to use this system, under which insurance companies provide benefits only to the named policyholder regardless of who was at fault for the accident. Most legislatures have opted for a version of PIP law in which drivers must also purchase insurance to cover the injuries of occupants in other vehicles. Unless one of the new versions of the law passes both the House and the Senate, Florida law will remain one of the few states that does not require drivers to purchase bodily injury liability insurance for other drivers.

Multiple iterations of the bill are passing through the legislature, and both the House’s bill and the Senate’s version would replace the no-fault auto insurance statute with one that requires Florida drivers to purchase bodily liability insurance not only for their own injuries, but also for occupants injured in other vehicles. The proposed bills would also ensure that a policyholder who is found responsible for an accident would be held liable for damages sustained in the accidents they cause. Covered damages would include both medical treatment and property damage, as well as compensation for legal fees and pain and suffering.

While bills in both chambers propose higher amounts of coverage for bodily injury insurance, including $10,000 for property damage, they differ when it comes to the amount. For instance, the House bill would require drivers to carry $25,000 worth of coverage, while the Senate would mandate $30,000. The senate’s version of the law would also require an additional $5,000 policy for medical payments to ensure that hospitals receive compensation for treating victims.

If you were injured in a car accident and your insurance does not cover your injuries, please call 954-566-9919 to schedule a free consultation with one of the dedicated auto accident attorneys at Boone & Davis. We are eager to help you throughout each step of your case.