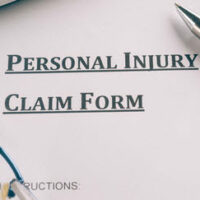 Defendants can raise a number of different legal defenses on their behalf when they are accused of negligently causing someone else’s injuries. One of the most commonly asserted defenses, especially in cases involving sports injuries is the assumption of risk doctrine. Under this doctrine, plaintiffs cannot collect damages from the at-fault party if they knowingly engage in dangerous behavior, as they are presumed to have accepted the risk inherent to the activity in question. Unfortunately, many defendants assert this defense even when they were responsible for an injury, so if you were injured in an accident, such as a sporting event, and the at-fault party is arguing that you assumed the risk of injury, you should strongly consider speaking with an experienced personal injury attorney who can explain how to successfully prevent the defense.

How Does Assumption of Risk Doctrine Work?

A person has assumed the risk of a dangerous activity when he or she knows of the risks involved, but still participated anyway. There are two ways to assume the risk of dangerous activities: express and implied. Express assumption exists when a person is specifically made aware of a certain risk, usually through a liability waiver. By signing the contract, a person expressly demonstrates that he or she was aware of the risk addressed in the waiver and is acknowledging that he or she still chooses to assume those risks. Implied assumption of the risk, on the other hand, occurs when a person should know of an obvious risk that is inherent to the activity and still agrees to participate.

This defense is often raised in cases where an injury occurred during a sport or other risky activity. If successful, this defense bars plaintiffs from recovering damages for their injuries, so it is important for plaintiffs to have a solid understanding of the doctrine and how to defeat it.

In 1983, the Florida Supreme Court issued a ruling on whether assuming the risk in playing a contact sport bars a plaintiff from recovery. Ultimately, the Court ruled that it is up to the jury to determine if a plaintiff agreed to risk the dangers of participating in a sport. In the event that a jury decides that a plaintiff did not know of the risk and so did not consent to it, they must still ask whether that individual should have understood the risk. If a plaintiff should have known about the nature of the risk they were undertaking, that individual will only be permitted to collect compensation for the portion of their injuries that they did not actually cause.

In a more recent case, a Florida appeals court assessed the assumption of risk doctrine as applied in a situation where a plaintiff was injured while performing as a musician at his church. According to the complaint, the plaintiff fell off the stage after tripping over a cord, sustaining multiple injuries. After the plaintiff filed a claim against the church for failing to maintain its building, the church countered by arguing that the injured party had played at that location for more than two years and so had assumed the risks voluntarily that came with it. Although the lower court found that the plaintiff had expressly assumed the risk of playing at the church, the appeals court disagreed, stating that assumption of risk does not exist outside of contact sports and liability waivers. For this reason, the Court held that a jury would be required to assess whether an implied assumption of risk existed and then divide liability between the parties.

Call Our Legal Team Today for Help with Your Case

To speak with an experienced Fort Lauderdale personal injury attorney about your own injuries, please contact Boone & Davis at 954-566-9919 today.