What are the Main Differences Between Car Crashes and Truck Accidents? 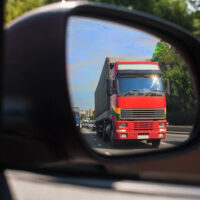 Any kind of vehicle accident can leave occupants seriously injured or even permanently disabled. However, collisions involving large commercial trucks tend to be particularly deadly. This is partly due to the fact that they are so large, often weighing as much as 80,000 pounds. Trucks also pose an additional danger because they often carry dangerous cargo, which if spilled onto the roadway, could easily result in a multi-car pile-up. In fact, truck crashes almost always involve more than one vehicle, which makes it much harder to figure out who was at fault. These factors all make it especially important for those who were involved in a collision with a truck, to speak with a truck accident attorney who can help them collect compensation for their losses.

Those who are involved in any type of traffic-related crash can face severe, and even deadly, injuries. Injuries suffered in collisions with trucks, however, tend to be catastrophic, and so much more dangerous. For example, commercial trucks have much larger gas tanks than the average-sized passenger vehicle. These trucks are also very large, so collisions tend to involve a significant impact, which when combined with flammable gas tanks, can quickly lead to explosions and fires. Truck accident victims are often trapped in their vehicles until emergency responders can remove them, so any passengers who remain in their vehicles, either because their roof and doors are crushed or because they are unconscious, risk sustaining painful and disfiguring burns.

Trucks are also at-risk of jackknifing, which can leave multiple lanes of traffic blocked. This in turn, can quickly lead to a multi-vehicle collision. These types of accidents are especially deadly because victims are forced to undergo a series of impacts. For this reason, truck accident victims often suffer crushed bones, severe lacerations, amputations, spinal cord damage, head trauma, and organ damage. While those who are involved in minor car accidents are often lucky enough to walk away with only a few cuts and bruises, truck crash victims rarely escape without injury.

Most car accidents involve only one or two cars and one driver is often primarily at fault, either because he or she violated a traffic law or was distracted and failed to pay attention to the road. Truck accidents, on the other hand, are much more likely to involve the negligence of a variety of individuals and entities, such as:

In many truck accident cases, more than one of these parties can be required to compensate those who were injured as a result of their negligence.

To speak with an experienced Fort Lauderdale truck accident attorney about your own case, please call Boone & Davis at 954-566-9919 or start a live chat with a member of our legal team who can help you schedule an appointment at your earliest convenience.