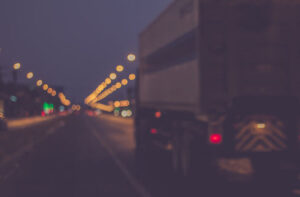 A driver was killed recently in an early afternoon crash in Fort Lauderdale when he hit a house with his work truck. Fortunately none of the occupants of the home were injured, but the driver’s two passengers also suffered serious injuries in the crash and required hospitalization. According to reports there were no skid marks or other indications that the driver was in control of the vehicle at the time of the crash, which leads officials to believe that the driver may have suffered from a medical condition of some sort and lost control. Regardless of what may have caused the crash, however, one man’s family will now be facing life without him, and others will spend the coming weeks, months, or possibly even longer trying to repair themselves and their lives.

Accidents resulting from incidents such as these – people having seizures or other medical emergencies while behind the wheel, are not very common, which is something to be thankful for. However, there is one category of health-related issues that does cause a significant number of crashes – fatigue. This is especially true with respect to truck drivers and is, not surprisingly, an issue that has attracted attention and public scrutiny in recent years.

Asleep At The Wheel

Falling asleep behind the wheel is an extremely frightening experience and, with our busy and hectic schedules, there are few of us who have never driven at some point when we would have been better off taking a nap first. The National Highway Traffic Safety Administration (NHTSA) tracks accident cases in which fatigued driving played a role and the numbers are sobering; it is believed that this is the reason for 100,000 crashes and over 1,500 deaths caused by those crashes each year. The main problem with driving while overly tired is that reaction time is slowed in much the same way as when a driver is drunk – and the problems associated with drinking and driving are very well known. Federal laws have been enacted in recent years addressing the issue of truck driver fatigue and, closer to home, in Florida, the first week of September is designated for increased focus and education on the issue of driver fatigue and the harm facing everyone on the road because of it.

Injured In A Truck Accident? We Can Help You

If you or a loved one has been involved in a truck accident, you are entitled to compensation for your injuries. Do not wait – the law limits the time you have to file a claim and you could lose your rights if you do not act within the guidelines established by Florida law. Speaking with a knowledgeable attorney about what is involved in filing a lawsuit for damages sustained in an accident is imperative, and if you are facing this situation, you deserve the best representation available. Contact Boone & Davis today and know that you have the best on your side. Our Fort Lauderdale personal injury attorneys are ready to help you, so call us at 954.556.5260 or visit us online to schedule your initial consultation at no cost or obligation to you.