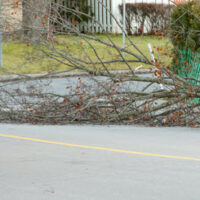 According to the AAA Foundation for Traffic Safety, approximately 200,000 car crashes were caused by road debris over a four year period. The AAA Foundation’s most recent report also included data indicating that 39,000 injuries were sustained in these traffic-related accidents and a further 500 people tragically lost their lives.

In its report, the AAA Foundation revealed that the most common types of road debris involved in car accidents include the following:

Any type of debris can pose a risk to drivers, but it is especially dangerous to those traveling on freeways as they are more likely to be driving at high speeds. This in turn makes any impact with road debris that much more forceful and dangerous. Unfortunately, there is not much that a person can do to avoid colliding with road debris if he or she does not have enough time to safely swerve out of the way or slow down.  In some cases, swerving abruptly can actually increase their danger. For this reason, it is important for all drivers to take a few precautionary measures when driving.

To avoid these types of accidents, truck drivers who are hauling cargo should ensure that their loads are carefully secured with ropes, tarps, and straps. This can keep items from falling out unexpectedly and causing an accident. The AAA Foundation’s researchers also reported that as many as 37 percent of all crashes involving collisions with debris occurred when a driver abruptly attempted to swerve out of the way of an object on the road. This is because swerving or suddenly hitting the brakes can cause a chain reaction, in which multiple cars are involved. This can be extremely dangerous, as multi-car crashes tend to result in much more serious injuries than do crashes that only involve one car. To avoid this type of last minute collision avoidance, all drivers are encouraged to drive defensively. This includes refraining from tailgating, so that in the event that cargo does come loose or a car blows a tire, the vehicle in the rear will have plenty of time to avoid the crash without making any sudden movements. Finally, drivers are directed to scan the road for debris consistently, about every 12 to 15 seconds and to remain especially alert for road hazards when visibility is poor.

Treating injuries suffered in a car crash can be extremely expensive and quickly drive a family into debt. Collecting compensation from the at-fault parties can prove instrumental in helping injured parties cover these medical expenses as well as any lost wages that they incurred from having to take time off to heal. Unfortunately, collecting compensation can be difficult in cases involving road debris because the injured party will need to identify the person or entity who was responsible for the debris’ presence on the road. For this reason, eyewitness accounts, personal testimony, and police reports are especially important pieces of evidence to establish fault.

At Boone & Davis, we understand that Fort Lauderdale car accidents can be frightening and stressful experiences and so do our best to help ease our clients burdens by representing their interests aggressively, whether in the courtroom or during negotiations with the at-fault party. To find out more about your own legal options, please contact us by calling 954-566-9919 or by initiating a live chat with a member of our dedicated legal team and we’ll help you schedule a free one-on-one consultation with a skilled car accident attorney.