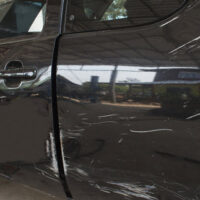 We’ve all driven by accident scenes where someone lost control of his or her vehicle and collided with a light post, median, or other object. In general, we assume that these types of accidents, which only involve a single vehicle, are purely the fault of the driver. While this is true in many cases, a surprising number of single-vehicle accidents, like any type of vehicle collision, can be laid at the feet of another person or entity, so if you were injured in a single-vehicle collision, but were not at fault for your accident, you should consider speaking with an experienced car accident attorney who can evaluate your case and explain your legal options.

Accidents that Could not be Prevented

Even drivers who exercise great care when operating their vehicles may encounter situations where they cause a single-vehicle accident as a result of someone else’s negligence. For instance, a driver may be forced to swerve out of the way of a cyclist who unexpectedly passes him or her by veering onto the shoulder or into the lane itself. In these cases, the attempt to avoid an accident could result in a different type of collision, such as crashing into a guardrail. There are actually a number of common examples of single-car accidents that can occur as a result of a driver’s attempt to prevent a collision caused by someone else, including:

In many of these situations, another driver, individual, or entity could be held liable for damages if their negligence caused or contributed to the accident. For instance, a truck company tasked with hauling gravel could be held responsible if they negligently failed to secure their load. Similarly, a semi-truck driver whose tire blew out as a result of a failure to inspect or properly maintain the tires could be forced to pay a portion of an injured party’s damages. Similarly, cyclists and pedestrians who violate traffic laws may also be required to share a portion of the blame for causing single-vehicle accidents.

Another common cause of single-accident collisions is a failure to maintain the roads themselves, which could include:

If one of these problems contributed to an accident, the injured party could hold the city or government entity responsible for maintaining the roads liable for their medical bills and vehicle repair.

If you were involved in a single-car accident, you may still be able to recover damages from the at-fault parties. Please call Boone & Davis at 954-566-9919 to request a free case evaluation with an experienced Fort Lauderdale car accident attorney.