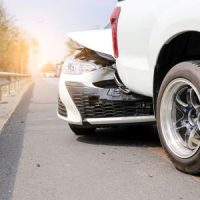 Although car accidents in Florida occur for a variety of reasons, they are often the result of negligence. Failing to yield the right-of-way is one example of the type of negligence that can cause a serious car accident. Because it is so dangerous, drivers should be sure to familiarize themselves with Florida’s laws on how and when to properly yield the right-of-way. Doing so can also help drivers more easily recognize when their own Florida car accident was the result of someone else’s failure to abide by these laws. For help determining whether you have grounds to file a claim with the at-fault driver who caused your own crash, please call an experienced Fort Lauderdale auto accident lawyer.

Florida Law and the Right-of-Way

Examples of Failing to Yield the Right-of-Way

There are a few examples of failing to yield the right-of-way that tend to occur more often than most. At a four-way stop, for instance, a driver may proceed through the intersection despite the fact that another car arrived and stopped at a different stop sign beforehand. Driving through a crosswalk despite the presence of a pedestrian who is using or even approaching the crosswalk is another example of failing to yield the right-of-way. Other examples include:

Drivers who commit these kinds of violations can be issued traffic citations. Furthermore, evidence of a failure to properly yield the right-of-way can prove crucial in demonstrating fault for an accident.

At Boone & Davis, our Florida car accident firm is dedicated to helping our clients obtain compensation for their collision-related losses. For a free review of your own case, please call our office at 954-566-9919 today.

By Boone & Davis | Posted on September 14, 2021
« Falling Down The Stairs Can Cause Serious Injuries
Parking Garage Accidents And Injuries »