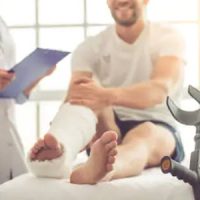 Personal injury cases require the resolution of two major issues: liability and damages. The former involves proving who was at fault for an accident. The majority of the focus in personal injury claims often ends up resting on this issue, which is a key component of any case, as the plaintiff cannot succeed without proving that the defendant was negligent. This in turn, requires the collecting of strong evidence, such as witness accounts, police reports, and expert reconstructions.

However, as the parties proceed with their claim, they cannot overlook the importance of the second major issue involved in personal injury cases, which is damages. After all, even if a plaintiff can prove fault for an accident, a poorly presented case for damages can leave him or her with an award that is far lower than what he or she actually deserves. To ensure that this doesn’t happen to you, consider reaching out to an experienced Fort Lauderdale personal injury lawyer today.

One of the most important things that an accident victim can do to prove damages in a personal injury case is to seek out medical treatment immediately. This will create a paper trail of all of the medical expenses and rehabilitation costs incurred and anticipated by the injured party. The treating physician could also end up being a strong expert witness for the plaintiff when attempting to prove the severity of an injury and the extent of the subsequent damages.

Another important aspect of proving damages is establishing how much a person was unable to earn while he or she was recuperating. To come up with an accurate estimate of damages, plaintiffs will need to calculate their lost wages and retain records that demonstrate their rate of pay and the amount of time they were forced to take off from work.

Determine How Your Ability to Work Has Been Affected

When coming up with a potential damages award, plaintiffs should also consider speaking with their doctor, as well as an employment professional, about how their injuries will affect their ability to work in the future. Someone who suffered an injury that resulted in a permanent disability, for instance, may be unable to return to the same job as before, and in fact, may be unable to work at all.

Expert witnesses can also help establish the extent of a plaintiff’s damages. As we mentioned previously, a doctor can help give a judge and jury a better sense of the plaintiff’s prognosis and need for future treatment, while an occupational expert can attest to lost earnings and lost earning capacity.

Keeping a daily journal is also a good idea for accident victims, who can use them to notate how their injuries make them feel on a day-to-day basis and the limitations that those injuries impose on their life. It’s important to be both thorough and detailed, as these entries could end up serving as the basis for a plaintiff’s non-economic damages award, like pain and suffering.

To learn more about the steps you can take to gather evidence and create a clear picture of the harm you have suffered because of someone else’s negligence, please call 954-566-9919 and speak with the dedicated Florida personal injury attorneys at Boone & Davis today.

By Boone & Davis | Posted on April 11, 2022
« How Accident Reconstruction Could Help Your Claim
What To Do If You Get Into A Fender Bender »