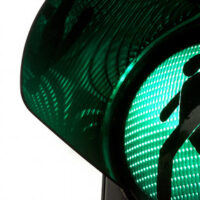 Northwest Miami-Dade County was the scene of a tragic accident in which a pedestrian was struck and killed by a tractor trailer. Details regarding the accident were sparse and the accident is still being investigated, but one detail of importance that has emerged is that the driver stayed on the scene after the accident. In a day and age when so many drivers flee the scene of an accident, it is worth noting that this tractor trailer driver did the right thing, both from a legal and moral point of view, during this tragedy.

Hit And Run Accidents In Florida

Under Florida law, when a driver is involved in an accident, they have certain responsibilities that vary depending upon the type of damage, the extent of injuries, and the circumstances of the case. In general, however, the driver has the obligation to stay at the scene of the accident if anyone is injured. The penalties for failing to meet the obligation to stay at the scene and perform certain duties and tasks including offering aid, exchanging information, and notifying authorities, among others, increase based on the extent of injuries sustained by accident victims as well as the type of road users injured in the accident.

I Really Should Stay, But…

When you have been involved in an accident, it is a scary feeling. Particularly when certain circumstances are present, such as perhaps having been at a party or out for a night on the town, or maybe not having insurance coverage for one reason or another, the temptation to leave the scene – especially in a situation in which you think no one would know – may be overwhelming. None of these are good enough reasons to leave the scene, as someone’s life could depend upon it. Leaving the scene makes a bad situation worse for everyone involved.

We Are Prepared to Help You Today

If you have been involved in an accident, whether it was a hit and run or another type of accident scenario, you will want to speak with an experienced auto accident attorney to know how to proceed. The Fort Lauderdale attorneys at Boone & Davis handle all types of accident cases, including those involving DUIs and underinsured and uninsured motorists, and have successfully obtained results for our auto accident clients in the Fort Lauderdale area. Allow us to help you get the results you deserve by contacting us to schedule your appointment. Contact Boone & Davis now either online or by calling 954.556.5260 and get started today.