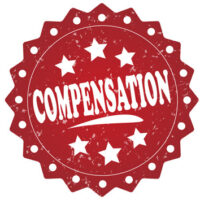 Over the last few weeks, many holiday travelers passed through airports around the country. For the vast majority, the extent of difficulties and hassles may have been delayed flights and busy terminals. Sadly, however, travelers passing through our local Fort Lauderdale-Hollywood International Airport endured a horrific experience recently, as the airport became the scene of yet another mass shooting tragedy. According to reports, around ten thousand travelers were trapped at the airport as a result of the incident, and a number of people suffered injuries in the aftermath of the shooting incident itself. In the weeks and months that follow, there will, no doubt, be many who try to determine who or what is to blame for their injuries.

Premises Liability And The Concept Of Foreseeable Harm

In the weeks and months to come, there will most certainly be extensive investigations into the shooting incident itself. To what extent the airport can be held liable for any of the injuries that stemmed from the incident remains to be seen. Any business does have the obligation to ensure its premises are safe and secure for its customers, but this liability is not a strict liability – meaning a business may not be held responsible for injuries sustained on its premises when caused by circumstances that are unforeseeable. Looking at this concept theoretically, an airport may not be able to foresee a circumstance in which a passenger removes a weapon from his or her checked baggage and then proceeds to shoot fellow passengers; but an airport may be able to foresee that emergency situations could arise that call for emergency evacuation procedures to be put into place in a moment’s notice. A failure to implement those procedures properly which leads to injuries sustained by those at the airport for lawful purposes could mean that the airport could potentially be held liable for those types of injuries.

Another factor that is considered when determining the extent to which a property owner is liable for injuries sustained on his or her property is the status of the person who has been injured. Those who are invited upon to the property for either a business purpose (such as a customer) or a social purpose (such as a party guest) or those on property which is generally open to the public are entitled to a higher level of protection from harm than those who are on the property either uninvited or illegally – such as trespassers.

Have You Been Injured On Someone’s Property? Boone & Davis Can Help

When you suffer injuries while a guest at someone’s home or at a business, you may be able to recover money for your losses. The first thing you should do if you have been injured is to speak with an experienced personal injury attorney who can help you to understand your rights and responsibilities under Florida law. At Boone & Davis, our premises liability attorneys have handled accident cases for clients in the Fort Lauderdale area to help them receive the compensation they are entitled to for their injuries and can help you to do the same. Contact Boone & Davis right away either online or by calling 954.556.5260 to set up your appointment today.