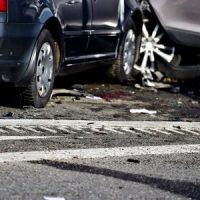 Southern Florida is home to a number of important interstates, many of which have proven to be some of the most dangerous roads in the country. All car accidents are dangerous, but collisions on interstate highways, which often occur at high speeds, tend to have particularly serious consequences. Recovering compensation after these kinds of collisions can also pose some unique difficulties, as they often involve multiple vehicles, which can make determining liability more complicated. To ensure that your own claim has the best possible chance of success, consider reaching out to an experienced Fort Lauderdale auto accident lawyer for help.

Why are Interstate Accidents So Dangerous?

The speed limits on interstate highways are usually higher than on other roads. While this means that drivers can get where they’re going faster, the higher speeds also come with an increased risk of accidents and traumatic injuries. Vehicles traveling at faster speeds are also often unable to stop before colliding with another vehicle, further increasing the chances of serious injury via multi-car pile-up. Finally, interstates play host to a lot of commercial vehicles, whose drivers use these main thoroughfares to deliver goods across the country. Unfortunately, collisions involving commercial vehicles are notorious for having catastrophic consequences, especially for occupants of smaller vehicles.

Besides speed, which is a common factor in many interstate accidents, distracted and impaired driving, as well as aggressive driving and road rage, play a role in causing many highway collisions. In addition to human error, however, road conditions can also factor into interstate crashes. Poor maintenance can result in potholes and road defects, while missing signs and guardrails, as well as poorly designed interchanges, can contribute to interstate crashes. Weather conditions, like heavy rain, can cause the roads to be slick, which, when combined with a driver who is speeding, can also make a collision much more likely. Who can be held liable for this type of crash will largely be dictated by the cause of the accident. This could include another driver, a road maintenance crew, a trucking company, or even a city agency.

Because collisions on the interstate often occur at high speeds and may involve multiple cars or a commercial vehicle, accident victims are more likely to sustain traumatic injuries, including:

Individuals who sustain these kinds of injuries in interstate accidents could be entitled to damages compensating them for the cost of medical care, past and future loss of income, the cost of therapy, emotional distress, pain and suffering, and out-of-pocket expenses.

Car accident victims only have a certain amount of time to file a claim in Florida, so if you were involved in an accident on the interstate and have encountered difficulty in recovering compensation from the at-fault parties, feel free to call 954-566-9919 and speak with one of the dedicated Florida car accident lawyers at Boone & Davis about your next steps.

By Boone & Davis | Posted on December 9, 2021
« Delayed Concussion Symptoms
Were You Injured In A Wrong Way Collision? »