Were You Injured In A Wrong Way Collision? 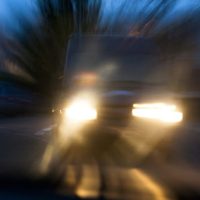 Wrong way collisions have some of the most devastating consequences of any car accident. What is even more frustrating for accident victims is that these kinds of crashes are preventable and are almost always the result of human error, like falling asleep at the wheel or drunk driving. The damages involved with this type of crash are usually significant, making it especially important for accident victims to speak with an experienced Fort Lauderdale car accident lawyer about seeking compensation from the at-fault party who caused their collision.

Wrong way crashes occur when a vehicle that is traveling in the opposite direction of the legal flow of traffic, collides with another driver who was traveling in the right direction. They often occur on highways, especially exit ramps and are usually the result of driver error, such as:

While human error is responsible for most wrong way crashes, it is not the only thing that contributes to these kinds of devastating accidents.

Other drivers are usually responsible for wrong way accidents. Some collisions, however, aren’t the result of a single person’s negligence, but can be attributed to:

Whatever the cause, wrong way accidents tend to lead to serious, and sometimes fatal, injuries.

The injuries sustained by wrong way accident victims are usually serious, as these types of crashes tend to occur at high speeds. Wrong way crashes are also more likely to result in significant property damage, leaving victims trapped in their cars, which can prove deadly in the event of an engine fire. Drivers and passengers often suffer from:

Treating these kinds of catastrophic injuries can be prohibitively expensive. Fortunately, injured parties in Florida who sustain serious injuries in car accidents can often recover compensation from the person or entity responsible for the crash.

Schedule a Meeting with Our Legal Team Today

If you’d like to speak with an experienced Florida car accident lawyer about your legal options, please call Boone & Davis at 954-566-9919 today.