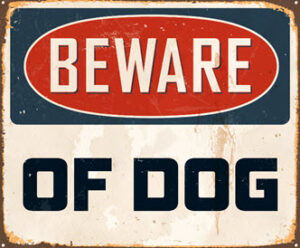 Dog owners in central Florida have lost two of their family pets as a result of an attack by a neighbor’s dangerous dogs. According to reports, the owner of the two dogs that were killed came home to find both of his pets dead; one was found in the backyard, and the other was found inside his home, in the bathtub. The man also found the neighbor’s pit bull in his bathroom along with his dead pet. Upon finding the scene at his house, the man contacted authorities, who came out and caught the two dangerous dogs,  both of which were pit bulls, and both of which had been deemed ‘dangerous’ dogs previously after other incidents. The pit bulls’ owner released custody of her dogs to the city, and the dogs were euthanized.

Under Florida Code Section 767.01, a dog’s owner is liable for any damage caused by his or her dog to people as well as other domestic animals, even if there is no evidence that the animal has previously caused any harm. Florida’s law also recognizes ‘dangerous’ dogs, though, which in this case was also at issue. A dog is classified as a ‘dangerous dog’ if the animal has ever acted aggressively towards or hurt someone, or another domestic animal, or has acted as though it was going to attack without provocation. A dog cannot be deemed ‘dangerous’ if the animal’s actions were the result of being tormented, abused, or assaulted, or the dog was protecting a human at the time of its actions.

Once a dog has committed an act that has resulted in its being deemed ‘dangerous’, the dog’s owner has additional responsibilities regarding the dog’s activities. Some of these requirements include having proof of current rabies vaccination for the animal, proper housing including enclosure and confinement of the animal, posting upon the property advising of the presence of a dangerous dog, and identification of the dog of a permanent nature such as an implant/chip or a tattoo on the animal’s body. The dog’s owner must additionally notify authorities when specific incidents occur, such as if the dog becomes loose or bites a person or another animal, if the dog dies or another person takes ownership of it, or if the animal is moved to another home. Any new owner of the dangerous dog would be under the same requirements as the previous owner.

We Can Help You Today

If you or someone you love has been injured by a dog, you should speak with an attorney experienced in these matters to learn your rights and responsibilities under Florida law. At Boone & Davis, our Fort Lauderdale attorneys have the experience you can rely on to help you get the fair recovery you deserve. We can help you obtain compensation for the injuries and losses you have suffered due to a dog bite or attack. Contact Boone & Davis now online or call us at 954.556.5260 and allow us to help you get started today.