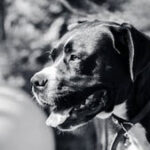 In Florida, courts award two basic types of damages to personal injury victims: compensatory damages and punitive damages. While the former refers to damages that compensate victims for the actual cost of their medical bills, lost wages, and in some cases, pain and suffering, punitive damages are awarded merely to punish the at-fault party…. Read More »