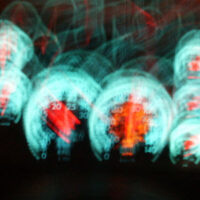 Although DUIs are usually associated with driving under the influence of alcohol, the reality is that Florida law actually recognizes a separate offense for driving under the influence of drugs (DUID). Drivers who injure someone else because they were driving while intoxicated face serious criminal penalties, but may also be required to compensate the injured party for medical expenses and lost wages, so if you or a loved one were injured by a drugged driver, it is critical to contact an experienced auto accident attorney who can help you seek the compensation you deserve.

Accidents caused by drugged drivers are much more common than most people think. In fact, according to the Florida Highway Patrol, there are approximately 3,500 drug-related car crashes in Florida every year. Additional data also indicates that as many as 25 percent of all accidents involving an impaired driver also involved drugs.

In response to concern over the increasing number of DUID accidents, the Florida Legislature enacted a law, which states that motorists who drive while under the influence of certain drugs can be charged with a DUID. Most DUID-related accidents involve one of the following substances:

In some cases, it is also unlawful to drive while taking legally prescribed drugs.

When someone is injured as a result of another person’s negligent or reckless actions, he or she can attempt to collect compensation from that individual by proving negligence. This requires a showing that the defendant did not use reasonable care when driving, which directly caused the plaintiff’s injuries. In cases where a person violated a law designed to protect a certain group of people, however, injured parties may not need to go through the process of establishing negligence. In these situations, a defendant will automatically be presumed to have violated a duty of care if he or she broke a law that was enacted to protect others from a certain kind of harm. This means that because Florida’s DUID law was enacted to protect other people on the road from harm, parties who are injured in accidents caused by another driver’s consumption of drugs, need not show that the driver breached a duty of care. Instead, all an injured party would need to do is provide evidence that the defendant broke the law.

DUID accidents tend to result in particularly severe injuries, some of which can leave victims permanently disabled. Fortunately, injured parties can collect compensation from the drugged driver, including past and future medical expenses, lost wages, property damage, and pain and suffering. Collecting damages can make all the difference in a person’s ability to begin the process of recovery, so to learn more about collecting compensation for an injury you suffered in a DUID accident, please schedule a free consultation with an experienced Fort Lauderdale auto accident attorney at Boone & Davis by calling 954-566-9919. A member of our legal team can also be reached via email and live chat.