What To Know About Diminished Value Claims 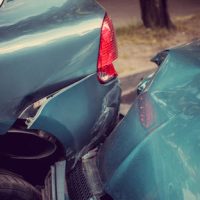 Even car accident victims who are fortunate enough to escape their collisions with no serious injuries, often end up facing hefty bills when it comes to repairing or replacing their vehicles. In many cases, vehicles are damaged beyond repair. Fortunately, it is possible for motorists to recover compensation for their accident-related property damage. Doing so can, however, be difficult, so if your own vehicle was damaged in a car crash through no fault of your own, consider reaching out to an experienced Fort Lauderdale auto accident lawyer for help.

What are Diminished Value Claims?

When a vehicle is damaged in a crash, the driver can file a diminished value claim, in which he or she seeks compensation for the decrease in a vehicle’s value. These types of claims can only be filed by drivers who were not responsible for their crashes and must be filed with the at-fault driver’s insurer.

How is Diminished Value Calculated?

What are the Steps for Filing a Diminished Value Claim?

Filing a diminished value claim is a bit different than filing an accident claim, as in these cases, motorists aren’t required to go through their own insurers to obtain compensation for property damage. Instead, the insurers of at-fault drivers will be responsible for vehicle repairs, including the cost of diminished value. Alternatively, a driver’s insurer could cover these costs and then seek reimbursement from the at-fault motorist’s insurer.

In either case, the claim filing process can take time. Often, a settlement can be reached within six weeks of a claim being filed, but the insurance company will still need another few weeks to actually provide the payment. Some insurers take much longer to decide or may even deny a claim due to its validity. In these cases, the advice of an attorney can make all the difference to whether or not an insurer will actually pay for diminished value. Finally, if the other driver’s insurer will not, or cannot, cover the losses, then the victim could sue the negligent driver directly in court.

Call Boone & Davis at 954-566-9919 today to speak with one of our dedicated Fort Lauderdale auto accident lawyers about the kinds of compensation to which you could be entitled after your own collision. You can schedule a free consultation with a member of our legal team by calling our office or by completing one of our online contact forms.

By Boone & Davis | Posted on April 4, 2022
« Should I Allow My Car To Be Towed After An Accident?
How Accident Reconstruction Could Help Your Claim »