What is the Impact Rule? 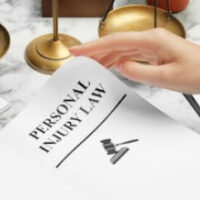 Most people are familiar with the general principle of personal injury claims, which is to compensate those who suffer injuries as a result of another person’s negligence for their losses. While in many cases, this means that accident victims can only recover damages compensating them for their physical injuries, in others it can also mean that plaintiffs can recover damages compensating them for their emotional distress, which includes pain and suffering, mental anguish, and emotional distress.

For many years, however, collecting these types of non-economic damages was not possible unless a person also suffered an actual physical impact in the accident. This was known as the Impact Rule and while it is still in existence today, Florida courts have carved out a number of exceptions to this general rule. To learn more about these exceptions and whether they could apply in your own case, please contact one of our dedicated personal injury lawyers for assistance.

The Origins of the Impact Rule

A version of the Impact Rules has existed in Florida since 1893, when the state Supreme Court ruled that litigants could not be compensated for pure emotional damage that was negligently inflicted if those individuals did not also suffer a physical injury. However, in 1985, the Florida Supreme Court narrowed the application of this rule, stating that a plaintiff could recover damages even when he or she did not sustain direct physical contact in the accident, as long as that person suffered death or a significant discernible physical injury as a result of psychological trauma, but only if that trauma was caused by witnessing or hearing an injury suffered by a close family member. The court went on to explain that in these types of cases, the psychological harm is so significant that it would be unfair and unreasonable to require direct physical contact as a condition to recovery.

Ten years later, the Supreme Court explained that the lack of a physical impact in an accident did not bar recovery even when there is a lengthy delay between the emotional trauma suffered by the plaintiff and the actual physical manifestation of the trauma. Since that time, courts have gone on to require plaintiffs to establish four elements in order to recover damages for emotional distress in the absence of a physical impact, including:

Essentially, a victim must either allege an impact, or if no impact occurred, he or she must allege a physical manifestation of the emotional injury in order to recover damages.

If you suffered emotional trauma after witnessing a loved one injured in an accident, you could be eligible for compensation. Please contact Boone & Davis in Florida at 954-566-9919 to schedule a free consultation with an experienced personal injury attorney who can explain your legal options.