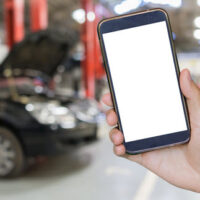 For many people who are involved in car accidents, it is clear who was responsible for the crash. Demonstrating liability, however, isn’t always easy and can sometimes lead to time-consuming litigation. Usually, the best way to resolve this kind of dispute is to present evidence that clearly demonstrates fault. In many cases, the most persuasive evidence often proves to be video footage that captured the events leading up to the collision.

Unfortunately, even if a recording of a collision does exist, obtaining the footage can be difficult, so if you were hurt in a car crash and believe that the event was captured on a traffic, dashboard, or security camera, it is important to consult with an experienced Fort Lauderdale auto accident lawyer who can help you obtain this footage.

Source of the Video Footage

How an attorney goes about obtaining a video recording depends primarily on the source of the footage. Many busy roads, for instance, have traffic cameras that help monitor infractions. Fortunately, these recordings, which also often capture car accidents, can be used to prove the cause of a crash. However, because these cameras are owned by a government agency, usually the city, a person will need to submit a formal request to the state or a subpoena to obtain the footage. Other common sources of accident footage include:

Ultimately, obtaining footage of an accident will almost always require that the injured parties obtain permission from the owner of the camera in question. The difficulty of this endeavor will largely depend on whether the camera was owned by a private or public entity.

How Camera Footage Can Help

When it comes to proving fault for a car crash, video evidence is hard to beat. Unlike other forms of evidence, such as witness testimony, there is far less room for differing opinions. As long as there is no dispute regarding the provenance of the video, these recordings can essentially close a case. While always an advantage, having footage of a crash is particularly important in hit and run cases, where recordings can help prove fault and identify the other driver.

Discuss Your Case with Our Legal Team

While it is possible for an accident victim to obtain footage from a car accident on his or her own, the process can be complicated. For this reason, most claimants are strongly encouraged to seek assistance from a legal representative who can ensure that the footage is collected properly. If you were involved in a crash, please reach out to the experienced car accident attorneys at Boone & Davis for help investigating the cause of your collision. To set up a free case review, please contact us at 954-566-9919 today.