The Dangers Of Tailgating 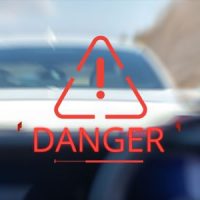 There are few activities as risky as tailgating, as drivers leave themselves with little to no time to react if the vehicle in front of them slows down, suddenly stops, or makes an emergency maneuver. In most cases, a tailgating driver will be held liable for any rear-end collisions in which he or she is involved. There are, however, exceptions to this rule, which could bring an accident victim’s ability to recover damages after a crash into question. For help determining who was at fault for your own crash, please reach out to our dedicated Fort Lauderdale auto accident lawyers today.

The Ins and Outs of Tailgating

Tailgating occurs when one driver follows another too closely, based on the parties’ speeds. This type of driving is dangerous, as vehicles require both time and distance to stop. By following another car too closely, a driver basically eliminates the cushion required to stop without causing a collision. Most driver’s education courses teach motorists to trail other vehicles by at least three to four seconds to avoid rear-end collisions. This number is based on two factors, reaction time and braking capacity.

The time it takes a driver to react to avoid a rear-end collision is actually made up of several actions, including:

A typical reaction takes around .7 seconds for a driver that is focused only on the road. In the real world, however, drivers contend with a host of distractions, so it is not uncommon for drivers to take much longer than this to try and avoid a crash.

The other factor that affects how much distance a driver should keep between him or herself and another car is braking capacity, or the time that is required for a vehicle’s brakes to bring it to a complete stop. Braking capacity, unlike reaction time, doesn’t depend on a driver’s skill and concentration, but on the physical characteristics of the vehicle in question, including its weight, tire pressure, and brake quality. Road conditions and the speed of the vehicles will also dictate how much distance drivers should keep between themselves and other vehicles.

The Consequences of Tailgating

Tailgating is dangerous, as it makes it much more likely that a driver will be involved in a collision, regardless of his or her skill or the quality of the vehicle. In Florida, it is the driver who strikes another vehicle in a rear-end collision who is usually held liable for any resulting damages if the victim’s coverage is exceeded. This is appropriate for tailgating drivers, who have failed to obey traffic laws and to drive in a reasonable manner. Some drivers, however, may attempt to get out of paying damages by laying the blame elsewhere, in which case, the victim may need the help of an attorney.

To set up a free consultation with one of the dedicated Florida car accident lawyers at Boone & Davis, please call 954-566-9919 today.