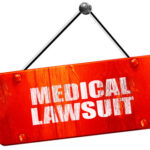 Medical malpractice law covers a wide range of accidents, including pharmacy errors, misdiagnosis, and anesthesia mistakes. However, one of the most common sources of medical malpractice claims in Florida is actually surgical error, in which a patient sustains a serious injury as a result of a doctor’s mistake during surgery. Of all the types… Read More » 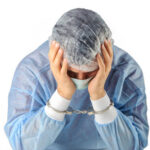 Winning Your Medical Malpractice Case Against a Nursing Home

Putting your loved one in the care of a nursing home places an immense amount of trust in the professionals working there. The majority of time, the care is top-notch. In rare instances, however, those living in these facilities are mistreated. If a family member or loved one has been injured as a result… Read More »

A hospital can be a scary place. That fear is only amplified if you or a loved one is injured or killed due to a negligent health care provider. Per Florida law (766.203), before a medical malpractice lawsuit can go forward, the plaintiff has to prove there are reasonable grounds to believe that: The… Read More »

A Miami, Florida, family has been awarded $7.5 million as part of a medical malpractice lawsuit settlement, according to a report in WSVN News. Maria Elena Espinosa died following a surgery to remove a two-inch tumor on her skull. According to the lawsuit, the operating surgeons failed to properly evaluate Espinosa before she underwent… Read More »

How do I know if I can file a medical malpractice lawsuit in Florida?

Doctors, nurses and other healthcare professionals are supposed to heal, not hurt. In rare instances, things go wrong and your life may change after even the most routine of procedures. While it may be difficult to consider legal action in the wake of such an incident, it may be well worth your time to… Read More »

Historical Context Medical malpractice in the United States is a descendant of English common law. It has developed through a variety of judicial rulings in state courts. And recently, legislatures have modified the framework and rules that govern medical malpractice. According to a publication authored by B. Sonny Bal, MD, titled An Introduction to… Read More »