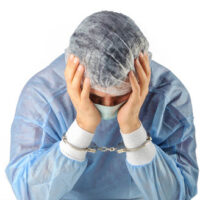 Patients all across the nation put their trust in medical professionals to perform complicated surgeries on a daily basis. While many doctors and nurses are careful to comply with hospital rules and perform life saving treatments safely and correctly, mistakes can and do occur at an alarming rate. While parties who have been injured as a result of a medical professional’s negligent or reckless actions can collect compensation for their losses, filing a claim can be difficult. However, an opinion recently published by the state Supreme Court may make it easier for certain patients to collect compensation. To learn more about how the new decision could affect your own case, please contact an experienced personal injury attorney as soon as possible.

In Florida, a presumption of negligence exists when a foreign object has been left inside a patient’s body. The applicable statute outlines the types of objects that create this presumption, which include:

Essentially, the presumption shifts the burden of proof from the plaintiff to the defendant, who must then provide evidence that no medical negligence occurred.

Recently, the Florida Supreme Court addressed the question of whether a plaintiff who had undergone surgery and had a foreign object left in his or her body was automatically entitled to a presumption of negligence. The case involved a man who had undergone surgery, in the process of which, the surgeon inserted a drainage tube into his abdomen. Although these tubes must be removed within a few days of the surgery, in the plaintiff’s case, a portion of the tube had mistakenly been left inside his abdomen. The plaintiff soon began to experience severe abdominal pain and a CT scan later revealed that the tube was the source of the problem. The plaintiff was subsequently forced to undergo an additional surgery to remove the tube.

The man eventually filed a medical malpractice claim against the hospital and requested that the jury be instructed that a presumption of negligence existed in the case. The court refused to give the instruction, stating that the presumption did not apply because the plaintiff had direct evidence identifying the person who was actually responsible for the foreign object’s presence. Later, the jury returned a verdict in favor of the hospital, finding that it was not negligent.

In its decision, the Supreme Court stated that the foreign body presumption will apply any time a foreign object is found in a patient’s body and is therefore a mandatory presumption. The Court clarified that the presumption applies regardless of whether the plaintiff has direct evidence of negligence. The Court subsequently reversed the lower court’s decision and ordered a new trial.

If you were recently injured as a result of a medical professional’s negligence, please contact Boone & Davis at 954-566-9919 to consult with an experienced Fort Lauderdale personal injury attorney who can walk you through the process of filing a claim. A member of our legal team can also be reached via live chat.