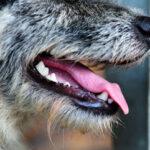 Being bitten by a dog can be an extremely emotionally traumatic experience, especially for children. However, dog bites can also be dangerous and have serious medical complications. Fortunately, Florida law allows dog bite victims to collect compensation to cover the cost of treatment. Typical Dog Bite Injuries Every year, thousands of people are bitten… Read More »

Two Hollywood women were attacked by bulldogs recently during a tragic incident while the one woman was out walking her terrier. The bulldogs broke loose and began to attack the woman walking her dog; a second woman ran to assist her and was also attacked by the bulldogs. Both women suffered injuries as a… Read More »

When it comes to dog bites, Florida diverges slightly with other states with regard to owner liability. In many states dog owners have some liability protection. In those states, dog owners are not liable for injuries to other individuals for the first time their dog bites someone if they had no reason to believe… Read More »