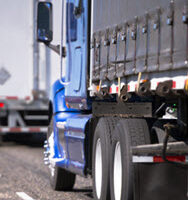 Large commercial vehicles like semi-trucks, although an important part of interstate commerce and shipping, pose an especially high risk to others on the road. One of the most common and dangerous types of accidents between cars and commercial trucks occur when the smaller vehicle strikes the side of a semi-truck and becomes lodged underneath it. In an attempt to prevent these types of dangerous accidents, a senator from Florida recently introduced a new bill that if passed, would require trucking companies to improve safety measures and so reduce the chances of a fatal underride accident. To learn more about the types of damages that you may be entitled to if injured in an underride crash, please contact an experienced truck accident attorney who can address your questions.

The Dangers Posed by Underride Crashes

Passenger vehicles are equipped with a number of safety devices that can help prevent injury to occupants in the event of a collision. Unfortunately, airbags and seat belts are not always enough to shield a car’s occupants from injury, especially in crashes between standard sized vehicles and commercial trucks. Underride collisions have proven particularly dangerous for occupants, as they involve the smaller car actually sliding underneath the large truck, which in turn almost always leads to the top of the car being sheared off. Resulting injuries are usually severe and often deadly.

If passed, the recently proposed bill, which is commonly referred to as the Stop Underrides Act of 2017, would require trucking companies to install rear, front, and side guards on commercial vehicles. Rear underride guards are devices that, when installed on a vehicle, limit the distance that the front of a car striking the rear of the truck could slide under the truck upon impact. Side and front guard rails would serve the same purpose, but would be installed on the sides and front of the truck respectively. According to the terms of the proposed law, these rules would apply to trailers, semi-trailers, and single unit trucks that weigh more than 10,000 pounds and are manufactured no later than one year after the enactment of the bill. Older trucks would also need to be retrofitted, so as to be in compliance with the law no later than two years after enactment.

All installed underride guards would also be required to meet specific performance standards. For instance, a rear underride guard must be able to prevent a vehicle that is traveling at 35 mph from sliding beneath the truck after:

Similar requirements would also apply to both side and front guard rails.

If you or a loved one were involved in an underride collision, you may be eligible for compensation to cover the cost of medical bills and pain and suffering. Please contact us at Boone & Davis in Fort Lauderdale by calling 954-566-9919 to learn more.