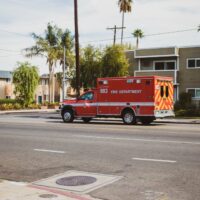 Miami, FL (December 16, 2020) –   A man and a woman were critically injured after their involvement in a head-on collision that occurred on a causeway in Miami on December 14.

The crash occurred on the Venetial Causeway when a 58-year-old man and a 57-year-old woman were traveling along the causeway when a vehicle traveling in the opposite direction swerved into their line of travel and collided with their vehicle head-on.

Traumatic injuries were reported to have been suffered by both the man and the woman in the crash. They were promptly taken to a nearby hospital where they are both on life-support. They are both in critical condition with injuries of a life-threatening nature.

Their identities have not been immediately released at this time. The driver who caused the crash, a 24-year-old male who also has not been identified, fled the scene of the crash after it took place. However, police officers were able to apprehend him.

A 25-year-old female passenger in the 24-year-old’s car was hospitalized with injuries of a serious yet non-life-threatening nature. Her name has not been released at this time.

No further information has been provided to the public concerning the crash or its surrounding circumstances at this time.

We would like to offer our thoughts to everyone affected by this injury crash in Miami.

Florida is one of the most dangerous states in the nation for motorists. According to statistics, there were more than 400,000 reported accidents on our streets and highways last year, and more than 250,000 injuries that resulted from these crashes. These numbers show us just how common and, unfortunately, how serious a Florida car accident can truly be. Many of the injured victims were hurt because they were simply in the wrong place at the wrong time when a crash occurred. Due to the prevalence of negligent drivers on our roadways, it is not unusual for an innocent victim to find themselves seriously injured when they come into contact with a negligent motorist.

If you have been involved in a car accident in Florida and suffered injuries, you could have valuable legal rights. The law is written such that injured crash victims can recover from the other driver if they were not at fault for the accident. The extent of your recovery will depend on many factors, including your age, the severity of your injuries, the need for costly present and future medical treatment, whether you lost wages as a result of the accident, and the degree to which you experienced debilitating pain and suffering due to the crash. All of these factors are evaluated when determining a fair outcome and resolution to your case.

Only an experienced car accident lawyer in Florida can assist and advise you regarding the value of your claim. Our Miami personal injury attorneys at Boone and Davis have handled accident cases throughout eastern Florida for more than 40 years. We know what you are going through during this difficult time and we have the skills and experience needed to help. Before you speak with the insurance company, give us a call so that we can guide you through this process and take some of the stress off of your shoulders.

At Boone and Davis, we are here for you at any time and we offer free consultations to all potential clients. To schedule your appointment, please contact us at 954-566-9919.

Note: Our team of writers utilizes secondary sources in the creation of these posts. These sources include newspaper reports, news stories, police reports, social media posts, and eyewitness accounts of injury accidents that take place in South Florida. The facts in these posts have not been independently verified by members of our writing staff therefore if you see any information that is not correct or is inaccurate, please contact us as soon as possible so that we can correct the information right away.  If you would prefer that the post be removed from our site, let us know and we will do our best to remove the post as promptly as possible.