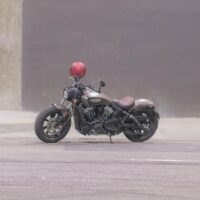 Broward County, FL (December 16, 2020) – A motorcycle and a car were involved in a severe collision on a roadway in Broward County this past Sunday, December 13 for reasons still being investigated by local authorities.

The accident occurred on South State Road 7 at approximately 4:47 a.m. in Central Broward. Preliminary reports stated that a man by the name of Carlos Mendez-Perez, 35, of Fort Lauderdale, was making a u-turn while driving his 2011 Ford Escape when he collided with a 2019 Can-AM Spyder. The Spyder was being driven by 33-year-old Walton J. Antoine of North Lauderdale.

Antoine sustained several injuries in the crash and was rushed to Broward Health Medical Center for treatment by medical professionals who were at the scene of the crash. His injuries were deemed to have been life-threatening in nature.

Mendez-Perez remained at the crash scene after it occurred and cooperated with authorities. No information is available on whether or not any charges will be filed at this time.

Nothing further has been released regarding the crash or its surrounding circumstances. We would like to offer our thoughts to everyone affected by this injury motorcycle crash in Broward.

According to A Safer Florida, a Florida organization dedicated to keeping roadways safe across the state, a total of 10,331 motorcycle accidents in Florida occurred in 2016. These led to 515 rider fatalities, 30 passenger deaths, and 8,256 injuries.

Florida leads the nation in the number of motorcycle fatalities and injuries that occur there yearly, according to the statistics provided by the US Department of Transportation’s National Highway Traffic Safety Administration.

From 1997 to the beginning of 2015, fatal motorcycle accidents across the US have increased from a low of just over 2,100 deaths a year to over 4,500 annually, reaching an all-time high of well over 5,000 in 2007. The yearly average now ranges between 4,300 to 4,800 nationally. According to these annual amounts, the number of motorcycle deaths in the United States has more than doubled during this time frame.

A traffic collision in Florida is estimated to take place approximately once every 84 seconds, or over 1,000 times per day. Yearly, Florida sees about 400,000 traffic accidents take place. Florida is ranked as one of the most dangerous states to travel through due to its high accident-fatality rate. However, Florida is one of the most highly-populated states in the nation, which directly correlates with its statistical values.

You could be dealing with a multitude of different issues after your involvement in an injurious car crash in Florida. Debilitating pain could result from being injured in an incident of this magnitude, as well as mental stress and anguish depending on the circumstances and severity of the wreck.

Being injured in a traffic accident caused by another person’s negligence entitles you to the option to collect financial compensation for the injuries and losses that may have resulted from the incident. A personal injury attorney in Florida will be able to help you better understand your existing legal rights as well as exercise them in order to collect full and fair compensation in order to cover things like medical bills, mental health bills, funeral costs when applicable, and more.