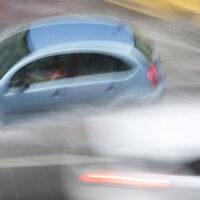 In Florida, all drivers are required to use reasonable care when driving. This includes an obligation to comply with all traffic laws and to take reasonable steps to protect passengers and other motorists from foreseeable harm. In fact, some drivers, including bus and taxi drivers have an even higher duty of care to others. Drivers who fail to adhere to the appropriate standard can be held liable in court for the costs related to injuries resulting from their actions, which can include compensation for past and future medical expenses, lost wages, property damage, and pain and suffering.

Whether an injured party will be successful in court depends in large part on what duty of care the other driver was required to meet, so if you were injured in an accident with a common carrier, it is important to speak with an experienced car accident attorney who can assess your chances of recovery.

As mentioned previously, some drivers are required to comply with a heightened duty of care, which means that they have an additional responsibility to their passengers and others on the road. For example, bus drivers and other common carriers are required to exercise the utmost care and diligence, a degree of care deemed higher than that owed by most drivers. Furthermore, this heightened duty applies not only to the operation of the vehicle itself, but also to its maintenance and repair, which means that a bus driver who failed to ensure that the vehicle was inspected could still be held accountable for damages even if his or her driving was not the cause of the accident.

A recent 8th Circuit ruling has helped clarify who is required to comply with this type of heightened duty of care. The case involved a group of young adults, who after attending a party where they became intoxicated, were driven home by a friend who had agreed to act as a designated driver. When the driver and five other passengers left the party, two of the passengers, against the driver’s wishes, climbed into the trunk with their backs facing the rear window. Unable to persuade the two passengers to exit the trunk, the defendant drove slowly, at around 15 mph, slowed down even more for turns, and checked her rearview mirror constantly.

At this time, the passenger in the front seat unexpectedly pushed down the driver’s right leg, causing the car to accelerate, at which point the two passengers in the trunk fell out, one of whom was seriously injured. In court, the driver was held partly responsible for the accident. On appeal, the federal court remanded the case to the lower court, stating that neither statute or common law imposes a heightened duty on designated drivers. The court pointed to a number of jurisdictions that have affirmatively rejected this duty, arguing that it would discourage people from acting as designated drivers. Although it did not state that the driver was completely free of fault, it did hold that in the absence of supporting facts and an applicable statute, the defendant could not be held to a higher standard of care just because she was a designated driver.

Please contact Boone & Davis at 954-566-9919 to speak with an experienced car accident attorney about your own accident and your potential options. Our Fort Lauderdale legal team is eager to assist you today.