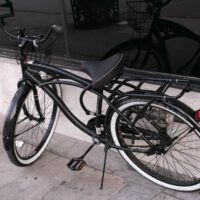 Delray Beach, FL (January 31, 2020) – A 64-year-old man from Delray Beach was killed in a bicycle accident on Thursday evening. The crash happened around 6:30 p.m. on Germantown Road near Homewood Boulevard.

Police officers and rescue officials were summoned to the accident scene shortly after 6:30. According to a report, the bicyclist was traveling west on Germantown Road when he was hit by a gray Jeep Grand Cherokee. The driver of the Cherokee left the scene after the accident but later returned to speak with the investigating officers.

The bicyclist, whose identity has not been released at this time, was taken to a local hospital but he later succumbed to his injuries. The driver of the Jeep was not injured in the crash. The driver told officers that he knew he had hit something but was not aware he had struck a person.

An investigation is underway at this time. It is not clear if any charges are expected to be filed pending the outcome of the investigation. Anyone with any information regarding the crash is asked to contact Investigator Bruce Dinan at 561-243-7800.

Our most sincere condolences go out to the victim’s family following this fatal bicycle crash in Delray Beach.

When we think of vehicle and traffic accidents, we most often think of cars, trucks, motorcycles, and other motorized vehicles. These types of crashes happen most often and pose more of a general threat to motorists. However, there are other types of accidents that also happen frequently. Florida is home to many bicyclists who enjoy riding year-round given the warmer climate. Of course, riding a bicycle can also come with some tremendous risks. Bicyclists are not afforded the protection that other motorists in larger, traditional vehicles have when they are involved in a crash.

According to more recent statistics, there 6,568 reported bicycle accidents in Florida in 2018. From this number, an astounding 6,175 people were injured and 148 were killed. In the first quarter of 2019 alone, there 1,695 bicycle accidents statewide, with 40 fatalities connected to these accidents. It is clear, then, that the rate of death and injury in bicycle accidents is extremely high. It is important for riders to use care and caution at all times in order to avoid becoming a victim of a catastrophic accident.

At Boone & Davis, we know that many victims of bicycle crashes in Florida are injured or killed in accidents that were not their fault. Given the number of negligent drivers on our roadways, these victims often suffer injuries because of the careless actions of a third party. If you or a loved one have been affected by a bicycle crash in Florida, our Florida bicycle accident lawyers are here to help you get the compensation that you deserve to help you move forward with your life.

We are standing by to take your call at any time. We offer free consultations to all potential clients. To schedule your appointment with a member of our team, please contact us using the link on our website or give us a call at 954-566-9919.