Could My Driving Record Affect My Injury Claim? 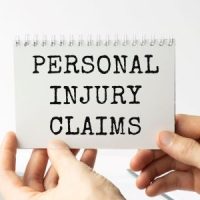 Most people know that driving records, which include a person’s driving history, including traffic citations and car accidents, can play a key role in determining the cost of car insurance. Many, however, don’t know that a history of tickets and accidents can also be used by another driver to deny or devalue a claim for damages after a crash. If you were involved in an accident and the other party’s insurer is requesting copies of your driving record, you may want to reach out to an experienced Fort Lauderdale auto accident lawyer, who can help you fight back against insurers who are unfairly trying to devalue your claim.

It’s a good idea for those who have been in an accident to disclose any information that could be relevant to their attorney as soon as possible, including a driving record. By taking this step preemptively, an attorney will be better prepared to counter any arguments by the other party’s insurer. Whether a person is required to disclose his or her driving record to the other party depends on what stage the claim is in. Those who are still attempting to negotiate a settlement with the insurance company, for instance, may not be legally obligated to disclose information that isn’t related to their current injuries. If, however, the parties have filed a lawsuit, then both could be required to disclose their driving records and other accident-related information during the discovery process.

How Your Driving Record Could Affect Your Claim

There’s a good chance that those who have been driving for a while have been involved in an accident, or at least been issued a ticket for a traffic infraction. While these incidents could have been minor, or far in the past, they can, unfortunately, be used against drivers by insurance companies that don’t want to pay out the full value of a claim. An insurer could, for instance, argue that the injuries for which a person is requesting compensation were actually a result of a prior accident. Alternatively, an insurer could use evidence of prior accidents or traffic tickets on a driver’s record to prove that he or she has a history of negligent driving.

Fortunately, there are ways that accident victims can counter these tactics. Under the eggshell doctrine, for instance, injured parties can still recover compensation for their losses, even if their current injury is an exacerbation of a pre-existing injury. Furthermore, the timing, cause, and severity of prior accidents and tickets can be raised to counter any arguments made by an insurer.

Just as a driving record can be used against a driver to increase an auto insurance premium, it can also be used to decrease the value of an injury claim. That is why it is important to have an experienced attorney on your side who can help you protect your right to compensation. To learn more, please call Boone & Davis at 954-566-9919 today.

By Boone & Davis | Posted on May 2, 2022
« Car Accidents Caused By Sun Glare
Using A Police Report To Help Prove Fault After A Car Accident »