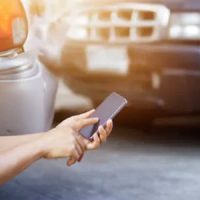 Car accidents are unpredictable, happening just about anywhere and at any time. They can also leave victims with feelings of shock and fear, leading them to make mistakes that could affect their eventual recovery. Read on to learn more about some of the most common mistakes made by Florida car accident victims.

Failing to Exchange Information with the Other Driver

It’s important, after a car accident, for the parties involved to exchange information. Unfortunately, due to the surge of adrenaline that so often accompanies collisions, or out of concern for an injury or loved one, many victims fail to take this step, which can delay recovery later on. If able, car accident victims should be sure to write down the other driver’s name, as well as his or her contact information and insurance policy number.

Failing to Get Medical Attention

The same rush of adrenaline that can make accident victims forget to exchange information with the other driver involved in a crash can also mask symptoms of an injury. For this reason, those who have been involved in an accident should be sure to seek medical attention after a crash, even if they don’t notice any immediate symptoms. Some injuries don’t manifest for a few hours, or even days after an accident and having a gap in the record between the accident and treatment can not only make it harder to treat an injury, but can also raise questions about the true cause of the injury.

Collecting evidence after an accident can play a critical role in the eventual failure or success of a car accident claim. If possible, victims should take photos of the accident scene, as well as of the vehicles involved in the crash, as well as their physical injuries. All of this information could come into play later when attempting to prove who was responsible for an accident.

One of the biggest mistakes that a person can make after an accident is to admit, or even imply fault for the crash. Adjusters are always looking for ways to minimize how much they will pay for a claim and a driver’s statement of partial responsibility could be enough to offer an unfair settlement, or even to deny the claim altogether. The causes of an accident are often unclear at first, so a party’s mistaken belief that he or she contributed to a crash could end up not only being false, but impacting his or her right to compensation. Before making statements to another driver’s insurer, it is important to speak with an attorney, who can conduct a thorough investigation into the cause of a crash.

At Boone & Davis, our dedicated Florida car accident lawyers can help you get started on your accident case, while also ensuring that you avoid the many pitfalls that can affect accident victims who don’t have legal representation. To learn more about how we can help you seek recovery for your own crash, please call 954-566-9919 and set up a free consultation with a member of our legal team today.

By Boone & Davis | Posted on October 12, 2022
« Determining A Car’s Value After An Accident
Speeding Is A Factor In 26 Percent Of Fatal Car Crashes »