Determining A Car’s Value After An Accident 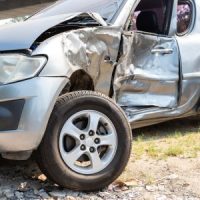 Even car accident victims who are fortunate to walk away from their collisions with no serious injuries will still likely sustain some sort of damage to their vehicles. In many cases, when damage is particularly severe, a car can be deemed “totaled”, in which case, the owner’s insurer will offer a sum equal to the car’s cash value. How insurers go about calculating this amount can have a significant impact on the type of settlement offer a victim will receive.

Actual cash value (ACV) is a term used to describe how much a vehicle was worth before the accident and subsequent depreciation. Generally, vehicles depreciate every year that they are operated, so if a car cost $15,000 to buy and the owner used it for four years, the insurer may determine that because the value decreased by $1,500, the totaled car’s actual value prior to the crash was $9,000. When determining how much a vehicle depreciated, insurers assess a number of factors, including:

Basically, a car’s ACV is equal to its fair market value, minus depreciation, so it’s usually a lot less than the market price of a new car.

Another assessment that insurers make when evaluating a damaged vehicle is replacement value. This is the sum of money that it would take to replace the vehicle with a new one after the crash. Unlike with ACV, depreciation doesn’t affect a vehicle’s replacement cost, so this value should be relatively steady and be a reflection of a car’s fair market value.

When assessing physical damage to a vehicle after a crash, insurers first decide whether the vehicle is a total loss, which means that it is damaged beyond repair. In Florida, a car is deemed a total loss when its repair costs exceed 80 percent of its actual value before the accident. In these instances, the insurer will likely pay out an amount that reflects that vehicle’s actual value. If, however, a collision doesn’t result in a total loss, the insurer should cover the cost of repairing the vehicle to return it to its pre-accident condition. If the owners later decide to resell the vehicle, they will likely receive an offer well below the pre-accident market price, reflecting its diminished value. In these instances, a vehicle’s owner could file a diminished value claim with the at-fault party, attempting to recover the difference between the car’s market price and current value.

Car accidents can result in devastating costs for victims, including the loss of their vehicle. At Boone & Davis, our dedicated Florida car accident attorneys can help you with seeking compensation for these damages. Call us at 954-566-9919 today to learn more.

By Boone & Davis | Posted on October 11, 2022
« Were You The Victim Of Distracted Driving?
Common Car Accident Mistakes »