Can I Use Traffic Camera Footage In My Car Accident Case? 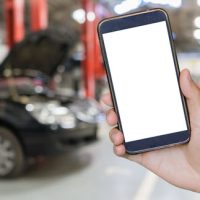 Car accidents are always frightening and potentially painful. They do tend to be particularly frustrating, however, for those who are not to blame for their collision, but who were injured as a result of someone else’s negligence. Fortunately, it is possible to hold negligent drivers accountable for their failure to use reasonable care when driving. Doing so will require evidence of fault, which could include everything from photos from the scene of the accident to eyewitness testimony. However, one of the most important pieces of evidence that can be used in this endeavor is video footage from nearby traffic cameras. Unfortunately, it can be difficult to obtain this footage, so if you were involved in a collision and believe that the crash was captured by a traffic camera, you should consider reaching out to an experienced Fort Lauderdale auto accident lawyer for help.

While many jurisdictions have removed them from their cities, hundreds of traffic and red light cameras still remain in Florida, with most being utilized at, or near, intersections. To obtain footage from these cameras, a car accident victim will need to work with an attorney who can file a subpoena with the proper local or state agencies. This step must, however, be taken quickly, as the video storage systems on many of these devices often don’t exceed 72 hours.

Why is Traffic Camera Footage Important?

Traffic camera footage is extremely valuable in a car accident case, as it can provide definitive proof of what happened, including whose actions were responsible for the collision. While it can also work against accident victims if the footage shows that they were partially to blame for a crash, this doesn’t necessarily mean that a person will be barred from recovery. Instead, under Florida’s comparative negligence laws, injured parties would just find their awards reduced in proportion to their degree of fault in causing the collision.

Fortunately, even if traffic camera footage doesn’t exist, accident victims may not be completely out of luck, as they may still be able to benefit from surveillance camera footage from nearby businesses and homes. If such footage exists, an injured party’s legal team will be able to request copies of the recordings from the home or business owners in question. Again, moving quickly is important at this stage, as many home security systems don’t save footage indefinitely.

Obtaining video footage after a car accident is critical to the outcome of a case. To learn more about the legal process of requesting this footage, or to avoid having this footage deleted due to a delayed or improper request, please call the dedicated Florida car accident attorneys at Boone & Davis. You can schedule an appointment by calling our office at 954-566-9919 and speaking with a member of our legal team, or you can reach out to us via online message. We don’t charge for initial consultations, so don’t hesitate to contact us for help.