Close Menu
Fort Lauderdale Personal Injury Attorneys > Blog > Auto Accidents > Can I File A Claim Against The Driver Of The Car I Was Riding In After A Florida Car Crash?

Can I File A Claim Against The Driver Of The Car I Was Riding In After A Florida Car Crash? 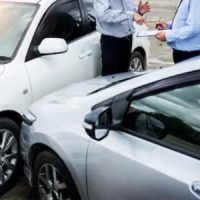 When people think of car accident cases, they often imagine the drivers filing claims against each other. While this does happen, it is often not only the drivers who sustain losses because of a crash, as passengers are just as, if not more, at risk of injury. The legal options for a passenger who is injured in a crash are a bit different than for a driver, so if you were hurt in a collision when someone else was driving, you should consider reaching out to an experienced Fort Lauderdale car accident lawyer for help with your claim.

Florida operates under a no-fault accident system, which means that the parties involved in a collision will first need to seek recovery from their own PIP insurers before pursuing litigation. This is also true for passengers, who are covered by the PIP insurance of the drivers in whose cars they were traveling prior to the accident. This means that the insurer for the driver of the vehicle in which an injured passenger was riding can be required to compensate that passenger for medical bills related to any crashes.

If a car’s driver’s PIP insurance policy covers the victim’s losses, then that person doesn’t really have a reason to file suit against the driver in court. There are, however, instances where a passenger may have to file a lawsuit, namely when the accident losses exceed the driver’s policy limit. In Florida, the most that a passenger can recover after an accident is $10,000. Furthermore, it is often only possible to recover a maximum of $2,500 for medical expenses. Unfortunately, even minor injuries can exceed these limits, in which case, the injured passenger may need to seek compensation directly from the driver.

Insurance policies also often only pay for certain injuries and medical procedures. PIP insurance does not, for example, typically cover massage and acupuncture, so if an injured passenger received this type of treatment, he or she would need to hold the at-fault driver personally liable to recover those losses.

Finally, to recover compensation under a driver’s PIP policy, a passenger must obtain medical care within 14 days of a crash. This means that if a passenger doesn’t seek treatment within two weeks, the insurer won’t cover the cost of diagnosis and treatment. Instead, those costs will remain the sole responsibility of the injured passenger, unless he or she seeks compensation directly from the at-fault driver of the vehicle in which he or she was traveling.

Reach Out to Our Dedicated Legal Team Today

If an injured passenger must seek recovery from an at-fault driver through litigation, then he or she will need to prove fault for and the damages resulting from an accident, which can be a daunting task for those without legal representation. For help assessing and pursuing your own legal claim, please call our office at 954-566-9919 and speak with the dedicated Florida car accident lawyers at Boone & Davis today.

By Boone & Davis | Posted on March 3, 2022
« 4 Steps To Proving Negligence
What Documents Should I Bring To An Initial Legal Consultation? »