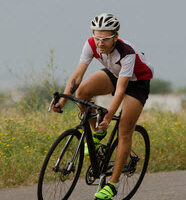 Florida’s climate allows residents to use their bicycles for the majority of the year. Although this comes with many advantages, it can also place cyclists at additional risk of being involved in an accident with other motorists. Most bicycle accidents involve negligent motorists and so have particularly dangerous consequences for cyclists who are at a significant disadvantage when it comes to size. Injuries tend to be serious, expensive to treat, and may result in permanent disability, so if you or a loved one were involved in an accident with a motorist, you should strongly consider contacting an experienced Fort Lauderdale bicycle accident attorney who can give you a settlement estimate or help you take a case to trial.

Before an injured cyclist can collect damages to cover medical expenses and other losses related to the crash, he or she will need to demonstrate that the motorist was negligent, which usually requires a showing that a driver breached a duty to act reasonably, which resulted in the cyclist’s injuries. Being able to provide evidence of a motorist’s violation of the law is considered convincing evidence that a driver was negligent, especially if the cyclist had not violated any rules of the road. Once fault has been established, the injured party can go on to provide evidence of the losses he or she suffered as a result of the accident.

The amount of damages that a bicycle accident victim can collect depends on a series of factors, including whether both parties were at fault for the crash, the severity of the injury, whether the victim now suffers from a permanent disability, and the findings of a medical expert. Taking these elements into account, an injured cyclist may be able to recover both economic and non-economic damages. Economic damages cover financial losses incurred as a result of the accident and includes compensation for medical bills and lost wages. Non-economic damages, which attempt to compensate a victim for pain and suffering, emotional distress, or permanent impairment are more difficult to quantify and may require a number of different calculations based on the injured party’s life expectancy and the severity of his or her injury.

Generally, an accident victim can expect to recover some or all of the following damages:

The amount of these damages varies according to the specifics of a case, making it especially important for those who have been injured in a cycling accident to speak with an experienced attorney about their chances for settlement.

Call to Schedule a Free Consultation

If you have questions about whether you are eligible to collect damages for a bicycle accident, please call 954-566-9919 to speak with one of the experienced bicycle accident lawyers at Boone & Davis today. We serve clients in Fort Lauderdale and the surrounding areas.