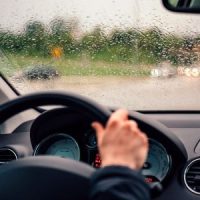 Florida drivers experience drastic changes in weather on a regular basis, so most are aware of how to handle these conditions, or are at least able to recognize that they pose serious risks to motorists. While the best thing to do in most severe weather situations is to remain home and stay off the road, the reality is that this isn’t always possible. In these cases, drivers who experience a sudden change in weather conditions should adjust their driving, reducing their speed and leaving more distance between their car and other vehicles.

One of the most dangerous weather-related hazards that a driver can face is flooding, which is unfortunately pretty common in Florida, especially during hurricane season. In fact, the Centers for Disease Control and Prevention (CDC) estimates that as many as half of all flood-related drownings occur in vehicles. This is a very real risk for Florida residents because of the state’s flat terrain and the likelihood of hurricanes and rising tides.

Drowning, however, isn’t the only risk for Florida drivers who get stuck in a flood. Rain impairs visibility and also reduces friction between a car’s tires and the road. This means that drivers are much less likely to see hazards until it is too late to avoid them and could end up hydroplaning and losing control of their vehicles. According to the Department of Transportation (DOT), as many as 75 percent of weather-related car crashes occur on wet pavement, while almost half happen during rainstorms.

The Threat of High Winds

Another weather-related danger faced by Florida residents is high winds, which are especially common during hurricane season. It’s important to remain aware of high winds, especially when driving on bridges and open highways, although these kinds of conditions can occur just about anywhere. High winds can result in a variety of accidents, particularly amongst high profile vehicles, like commercial vehicles and SUV, which are more likely to roll over than smaller vehicles. It’s also not uncommon for drivers to lose control of their vehicles in high winds and to drift into other lanes.

The Risk of Icy Roads

Icy roads are some of the most dangerous weather-related road hazards that a driver can face. Although our state doesn’t see a lot of snow in the winter, ice storms are more common. Motorists who find themselves encountering ice on the roads should be wary of hitting their brakes, but if they start skidding, should attempt to steer the car in the same direction as their front tires until they can regain control. Similarly, making hasty  movements, like jerking the steering wheel will likely only worsen the situation, making it more likely that a vehicle will spin out of control.

Poor weather doesn’t excuse drivers from having to exercise reasonable care when driving, which means that even if your accident was primarily caused by poor weather, you could still be entitled to compensation for your accident-related losses. To learn more, call 954-566-9919 and set up a free consultation with the dedicated Fort Lauderdale car accident lawyers at Boone & Davis today.

By Boone & Davis | Posted on October 31, 2022
« Pretrial Stages Of A Florida Personal Injury Case
What Is Summary Judgment? »