Who is Liable for an Accident Caused by Brake Failure? 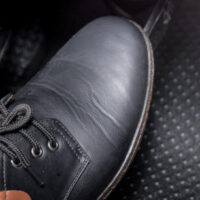 Many people who are involved in car accidents are quick to either blame themselves or blame another driver. While in many cases, these individuals are at fault for an accident, it is also not uncommon for a third party, such as a vehicle parts manufacturer to ultimately shoulder the blame for an accident. This is an especially common scenario in cases where failed brakes led to or contributed to an accident. Unfortunately, holding large corporations like vehicle manufacturers accountable for their negligence can be difficult, so if you or a loved one were injured in a collision that was caused by brake failure, it is critical to speak with an experienced Fort Lauderdale automobile defect lawyer who will help protect your interests.

There are a number of different parties who could be responsible for an accident caused by brake failure, including:

Although it is possible for one of these individuals or entities to be held 100 percent liable for an accident caused by brake failure, it is much more likely that multiple parties will be found to share responsibility for a collision.

When more than one party is found to be responsible for an accident and the plaintiff is able to successfully demonstrate fault, a court could require the at-fault parties to share the burden of paying damages according to each party’s degree of fault. This applies equally to the injured party under Florida law, so if an accident victim is also found to be partially at fault for an accident, his or her compensation will be reduced based on that individual’s percentage of fault in causing the collision.

If, for example, a mechanic failed to properly inspect a person’s brakes, but the car’s owner was also distracted at the time of the accident, both parties could be deemed to have contributed to an accident. In this case, the driver would have his or her award reduced according to his or her percentage of fault, so if the driver was found to be 30 percent at fault for an accident and suffered $100,000 in damages, his or her award would be reduced by $30,000, for a total of $70,000 in damages. This practice should not deter accident victims, as even partial compensation is usually well worth the trouble of going through the claim filing process.

Call Today to Speak With an Experienced Auto Defect Lawyer

If you were injured in an accident caused by defective brakes, please contact one of the dedicated automobile defect attorneys at Boone & Davis by calling 954-566-9919 to learn more about your legal options.