Close Menu
Fort Lauderdale Personal Injury Attorneys > Blog > Auto Accidents > What Are The Legal Options For A Passenger Who Was Injured In A Car Accident?

What Are The Legal Options For A Passenger Who Was Injured In A Car Accident? 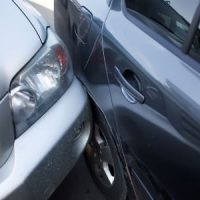 The number of car accidents that take place on Florida roads continues to occur at an alarming rate despite attempts to reduce these numbers through roadway redesign efforts and the institution of new traffic laws. For instance, in 2019, the department of Florida Highway Safety and Motor Vehicles (FHSMV) reported that 401,867 car accidents occurred that year alone. Of those collisions, 152,768 resulted in injury. Not all of those injuries, however, were suffered by drivers, but were sustained by passengers, who may have played no part whatsoever in an accident.

Fortunately, it is possible for passengers who have been injured in vehicle collisions, to retain compensation for their medical bills and lost wages, so if you were hurt in a car crash because of another driver’s negligence, it is important to speak with an experienced Fort Lauderdale auto accident lawyer about your legal options.

Filing a Claim with a PIP Insurance Provider

In Florida, passengers who are injured in car accidents have a few different options when it comes to recovery. Passengers can, for instance, file a claim with the insurance company of the motorist who was driving the vehicle at the time of the crash. This is true even if that driver wasn’t at fault for the crash. This is because Florida law requires drivers to obtain Personal Injury Protection (PIP) insurance, which covers not only the policyholder, but also relatives of the insured, anyone who drives the insured’s car, and passengers in the policyholder’s vehicle, regardless of fault.

Alternatively, if the driver of the vehicle in which a passenger was traveling at the time of a crash doesn’t own the car or have insurance, then the passenger could file a claim with the owner’s insurer. It’s important to keep in mind that filing a claim with a driver or owner’s insurer doesn’t necessarily mean that a person is attempting to seek compensation directly from the policyholder, who is often a family member or relative. Instead, it is that person’s insurer who will be charged with compensating the injured party.

Filing a Legal Claim with the At-Fault Driver

For passengers whose injuries exceed the limits of a PIP policy, it may be necessary to file a personal injury lawsuit against the at-fault driver who caused the accident. If successful, the passenger could recover not only compensation for injury-related medical bills and lost wages, but also for the pain and suffering endured as a result of the accident. The recoverable amount could, however, be reduced if it is determined that the motorist who was driving the vehicle in which the passenger was traveling was also partially at fault for the accident. In these cases, that individual could be held partly responsible for some of the injured passenger’s losses.

Offering Legal Assistance to Those in Need

How a passenger goes about pursuing compensation after a car accident will depend on a few different factors, including each provider’s policy limits, the extent of the injuries, and who was at fault for the accident. For guidance on how to pursue your own claim, please call 954-566-9919 and speak with one of the dedicated Florida car accident lawyers at Boone & Davis today.