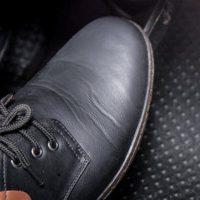 Driving in Florida has grown ever more frustrating for those who spend a significant amount of time on the road. This is in large part due to increasing traffic and a lack of infrastructure to support the number of vehicles on the road Unfortunately, heavy traffic can lead to some dangerous driving behaviors, including tailgating, which in turn can trigger brake checking, both of which can affect liability for a resulting car accident.

Brake checking occurs when a driver stops suddenly while another car is following too closely. Although brake checking can happen just about anytime someone brakes suddenly, it often occurs in response to tailgating and with the intent to cause the driver in the rear to brake. Basically, brake checking can occur when a driver attempts to “check” another driver’s behavior by suddenly hitting his or her own brakes. Braking quickly for other reasons, like attempting to avoid an object on the road, however, won’t qualify as brake checking. Whatever the reason, brake checking can be dangerous, making it much more likely that a person will be rear-ended.

The Consequences of Brake Checking

Proving that another driver was brake checking and caused an accident could be enough to establish liability for the resulting crash. It’s important to note that demonstrating negligence doesn’t require a showing of specific intent on the part of the careless party. Instead, a person can bear liability for a negligent action as long as he or she knew or should have known that the actions in question weren’t those of a reasonably prudent person. Braking quickly in an effort to deter someone from tailgating, for instance, will rarely qualify as reasonable, meaning that a driver who engaged in that kind of behavior and who caused a crash, could end up being held liable for damages.

Besides the legal repercussions that a person could face as a result of brake checking, those who engage in this kind of behavior could also cause or end up suffering serious injuries. Brake checking accidents almost always involve some form of rear-end collision, where a trailing vehicle collides with the rear end of the vehicle in front of it. Rear-end crashes happen a lot in Florida, where traffic is notoriously bad throughout the state, a problem only exacerbated by things like brake checking. While these kinds of accidents don’t usually result in a fatality (when the vehicles are of similar sizes), they are more likely to cause injuries to the neck, back, and chest, which can prove debilitating and lead to long-term problems.

If you or a loved one were injured in a car accident in Fort Lauderdale, FL and need help seeking compensation for your losses, feel free to contact the experienced Florida car accident lawyers at Boone & Davis for assistance. You can reach us by calling 954-566-9919 or by sending us an online message with your contact information.

By Boone & Davis | Posted on January 11, 2023
« Liability For Injuries Caused By Defective Electronic Household Products
These Common Mechanical Problems Can Cause Car Accidents »