Was Your Car Accident Caused By Another Driver’s High Beams? 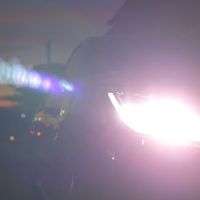 It’s not uncommon for motorists to avoid driving at night due to poor visibility. Drivers who do need to drive at night, however, especially in dimly lit areas, often choose to use their high beams. Unfortunately, the use of high beams comes with its own unique set of dangers. A driver traveling in the opposite direction from someone who is utilizing their high beams could, for instance, become blinded, resulting in a loss of control of the vehicle and subsequent collision.

Driving with High Beams in Florida

Under Florida law, drivers are allowed to use their high beams, but most follow specific rules when doing so. For instance, when a driver is approaching an oncoming vehicle and is within 500 feet of that car, he or she must refrain from using the high beam lights. When approaching from behind, this distance is limited to 300 feet. It’s also unlawful to drive with one’s high beams on in fog or heavy rainstorms. Failing to follow these rules can result in a moving infraction and comes with a hefty fine, as well as the addition of points on a driver’s record.

Hazards of High Beam Use

When used improperly, high beams can result in significant safety hazards to other drivers on the road. They can, for instance:

Any of these issues can make it more likely that a driver will be involved in a collision.

A person who improperly used his or her high beams could be held at least partially liable for a resulting accident. To establish negligence in these cases, the injured party will need to provide proof of the other driver’s actions. Eyewitnesses who saw that the other driver’s high beams were on, for instance, could help establish fault, as could a police report indicating that the driver committed a high beam-related traffic infraction. Video footage from traffic cameras could also be used to help prove that a motorist improperly used his or her high beams immediately prior to the crash.

There are a few things that drivers can do, when driving at night, to help minimize the risk of a crash caused by a driver’s high beams, such as:

Unfortunately, even those who use the greatest care could end up injured because of someone else’s improper use of high beam lights.

Call 954-566-9919 to speak with the dedicated Fort Lauderdale car accident attorneys at Boone & Boone about seeking compensation from the driver who caused your own accident.

By Boone & Davis | Posted on June 2, 2022
« Liability For Accidents Caused By Driver Fatigue
Who Pays For The Ambulance After A Car Accident? »