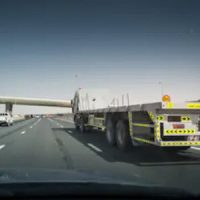 Most people know the dangers of fully loaded semi-trucks, which can weigh upwards of 80,000 pounds. Furthermore, the cargo these trucks carry is often dangerous, which is only one of the reasons why trucking accidents tend to be so devastating. It surprises many drivers, however, to learn that an empty, or unladen truck can be just as dangerous as an overloaded vehicle.

When we think of semi-trucks, we often imagine them full of cargo or pulling massive trailers. The reality, however, is that we are just as likely to see a semi-truck cab pulling an empty trailer, which is known as deadheading. While many people assume that this is safer than pulling a fully loaded truck, the truth is that the specific design of semi-trucks means that they are often safest when fully laden. For instance, when unladen, they still retain speed and power, but no longer have the added weight to slow them down.

In fact, some researchers estimate that a deadheading truck is two and a half times more likely to crash than a truck that is carrying cargo. This can be attributed to a number of different things. The weather, for example, has more effect on empty trucks, as even a single gust of wind can cause a trailer to sway dangerously when it is unladen. For this reason, empty trailers are much more likely to roll over. Furthermore, because deadheading trailers are lighter, drivers are more likely to inadvertently speed or to brake too heavily when trying to come to a complete stop, increasing the chances of causing a rear-end collision. Without cargo, semi-trucks don’t have the same stopping power. In fact, the weight on these vehicles (when there is no cargo to balance it out) is usually pushed to the front of the truck’s wheels, which means that it’s more likely to skid on sharp turns.

A semi-truck that is not carrying cargo can also be referred to as bobtailing when it doesn’t have a trailer attached at all. This is often the case when a truck driver is on his or her way to pick up cargo at the beginning of a shift, or after the cargo has already been dropped off. Although they lack the bulky trailer behind them, bobtailing trucks are still dangerous, as they are more difficult to maneuver and stop.

This is due to the fact that trucks are specifically designed to carry heavy trailers, so a lot of the braking power is in the rear axle. When not attached to a trailer, there is very little weight over this axle, significantly decreasing braking power. Instead, the majority of the truck’s weight is placed over the front wheels, whose primary purpose is to steer rather than brake. For this reason, bobtailing trucks are more likely to skid on sudden curves and tend to have a longer braking distance despite weighing less.

Protecting the Rights and Interests of Accident Victims

If you were involved in a collision with a semi-truck that wasn’t loaded with cargo, you may face an uphill battle when attempting to recoup your losses from the trucking company. For help with your case, call the dedicated Florida truck accident lawyers at Boone & Davis today.