The Risk Factors of Drowsy Driving 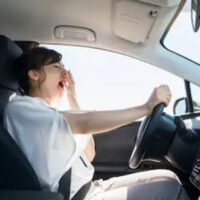 Although law enforcement officers cannot test for drowsiness in the same way that they can for the consumption of drugs or alcohol, they can take note of it on accident reports. This information can ultimately play a critical role in determining who caused a particular collision and whether one of the parties is entitled to compensation for their losses. For this reason, it is particularly important for car accident victims who believe that drowsy driving played a role in their accident, to consult with an experienced Fort Lauderdale auto accident lawyer who can investigate their claim and if possible, help them seek compensation for any medical bills, property damage, or lost wages.

Increasing the Risk of Drowsy Driving

Drowsy driving has been likened to driving while under the influence of drugs or alcohol, as it causes drivers to suffer from a lack of mental clarity and coordination, both of which are extremely dangerous when behind the wheel. Anyone can become drowsy while driving, but there are a few acute situational factors that increase the risk of drowsy driving and subsequent collisions, including:

All of these factors can interact, so it is not uncommon for someone who fell asleep at the wheel to fall under a few different risk categories. Unfortunately, combining any of these factors also substantially increases a person’s chances of being involved in a collision. For instance, sleep restriction is known to exacerbate the sedating effects of alcohol, so if a driver were sleep deprived and also consumed alcohol prior to driving, he or she would be much more likely to cause an accident.

While no driver is immune from the risk of being involved in a drowsy driving-related accident, researchers have identified three broad population groups that are at an especially high risk of collision, one of which is young people. For instance, teenagers and young adults are thought to be involved in approximately two-thirds of all drowsy driving crashes even though they only represent around one-fourth of licensed drivers. This phenomenon has been attributed to a number of factors, including:

Shift workers also tend to be involved in more drowsy driving crashes, as they are more likely to suffer from the effects of sleep disruption, which include lapses of attention, increased reaction time, and decreased performance. Finally, drivers with untreated sleep disorders have an increased risk of causing drowsy driving-related collisions.

If you were injured in a car accident because someone else was driving while fatigued, you could be eligible to collect damages. To find out more about your legal options after a crash, please contact the dedicated team of car accident lawyers at Boone & Davis by calling 954-566-9919 today.

By Boone & Davis | Posted on May 19, 2020
« What Could Lower My Dog Bite Injury Award?
Florida Streets May Still be Dangerous for Pedestrians During the COVID-19 Emergency »