The Dangers Of Truck Driver Fatigue 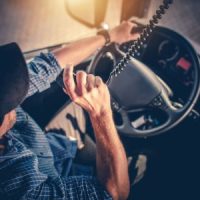 Fatigue can impair a driver’s performance and ability to operate a vehicle safely, depleting attention spans, slowing reaction time, and causing poor decision making. While always risky, this can be especially dangerous for truck drivers, who need special training and skill to drive commercial vehicles. If you believe that a truck driver’s fatigue contributed to your own accident, you could be entitled to compensation from the trucking company. To learn more, reach out to one of our dedicated Fort Lauderdale truck accident lawyers today.

Drowsy driving has become an increasingly serious problem in recent years. For instance, in 2017, the National Highway Traffic Safety Administration (NHTSA) estimated that nearly 100,000 police-reported crashes involved drowsy driving, collisions that resulted in as many as 50,000 injuries and 800 deaths. These statistics seem to support the claims of some experts, who contend that driving while drowsy is similar to driving while under the influence of drugs or alcohol, as sleep-deprived drivers exhibit many of the same behaviors as intoxicated drivers, such as:

In response to concerns about the prevalence of drowsy driving in the U.S., the Federal Motor Carrier Safety Administration (FMCSA) instituted a series of regulations that restrict the number of hours that a truck driver can drive without a break. Drivers are also required to record how many hours they have been driving, as well as the length and number of their breaks. Many vehicles also now have electronic logging devices (ELDs) on board, which transmit data to the carrier and can provide valuable evidence of whether a driver was fatigued at the time of a crash.

Unfortunately, despite the existence of these regulations, drowsy driving among truck drivers continues to be a problem in the U.S., an issue that has been attributed to:

Some drivers suffer from undiagnosed medical conditions that could contribute to their fatigue, while certain prescription medications can cause others to feel drowsy while driving. Whatever the cause, if a truck driver’s fatigue causes an accident, his or her employer could be held liable for the resulting injuries, which are often serious.

Let Our Legal Team Help You

Truck accidents tend to result in particularly devastating injuries for the parties involved, especially for the occupants of smaller vehicles. While it is possible to recover compensation from the at-fault drivers in these cases, doing so can be complicated, as many trucking companies are reluctant to pay accident claims, regardless of their validity. Having an attorney on your side can make all the difference in the outcome of a truck accident case. To set up a consultation with one of the experienced Fort Lauderdale truck accident lawyers at Boone & Davis, please call us at 954-566-9919 or fill out one of our online forms with your contact information.

By Boone & Davis | Posted on March 28, 2022
« Calling The Police After Your Car Accident
Should I Allow My Car To Be Towed After An Accident? »