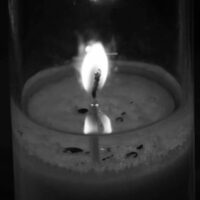 Tamarac, FL  (April 8, 2021) – A Tamarac man has lost his life and several other people were hurt after their involvement in a multi-vehicle accident that happened on Tuesday, April 6 in Tamarac. Just after 9:00 p.m., deputies from the Broward Sheriff’s Office responded to the scene of a collision between three vehicles.

The incident was reported to have taken place in the 2700 block of West Commercial Boulevard. Information provided by officials states that Nicholas Maxwell Atkinson, 22, of Tamarac, was driving his 2009 Ford Crown Victoria west in the center-thru lane when he lost control of the vehicle. The car rotated and crossed into the inside lane and onto a center median, where it collided with a tree.

The force of the impact caused the Ford to break into two pieces. The back half of the car was wrapped around the tree, while the front half continued over the median onto its roof with Atkinson still entrapped in the driver’s seat.

At the same time, Kevin Obando, a 27-year-old Plantation resident, was traveling east on West Commercial in his black 2007 Chevrolet Suburban. Calvin Leon Bentley, 23, of Fort Lauderdale, was headed east in a silver 2002 Buick. While parts of the Ford slid across the road, a piece of debris struck the driver’s side window of Obando’s Chevy, shattering the glass.

The front half of the Ford struck the front of Bentley’s Buick, redirected the split portion of the Ford to head southwest, where it came to rest. Tamarac Fire Rescue crews were called to assist at the scene, where they pronounced Atkinson deceased.

Bentley, along with four other passengers, were taken to local medical centers via ambulance in order to be treated for injuries they sustained in the crash. Their injuries were deemed minor in nature and they were later released.

Authorities in Tamarac continue to investigate the circumstances of the accident.

Our thoughts are with everyone involved in this severe collision in Florida. We would like to offer our sincere condolences to the family of the deceased victim at this time.

Car accidents cause hundreds of thousands of injuries in Florida each year. It is estimated that approximately 400,000 Florida car accidents take place per year resulting in over 250,000 injuries and more than 3,000 deaths.

Auto collisions can cause a multitude of different injuries, including broken bones, paraplegia, and spinal cord/brain injuries. If you or a loved one have been injured in an accident caused by another person’s negligence, allow a Florida personal injury attorney to assist you in receiving the compensation you deserve.

Being injured in a Florida car accident can be a very frightening, draining, and stressful experience. You could be dealing with a multitude of different issues after your involvement in an injurious car crash in Florida. Debilitating pain could result from being injured in an incident of this magnitude, as well as mental stress and anguish depending on the circumstances and severity of the wreck.

Sustaining injuries in a traffic accident caused by another person’s negligence entitles you to the option to collect financial compensation for the injuries and losses that may have resulted from the incident. A personal injury attorney in Florida will be able to help you better understand your existing legal rights as well as exercise them in order to collect full and fair compensation in order to cover things like medical bills, mental health bills, funeral costs when applicable, and more.