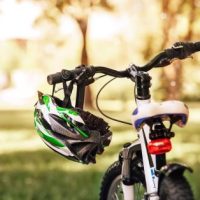 Riding a bike is generally an environmentally friendly, healthy, and cost-effective way to get around. There are, however, also risks with cycling, especially in Florida, where it can be dangerous to share the road with motorists. It is crucial for bicyclists who are injured in car accidents to be ready to protect their rights, as they may be faced by an at-fault driver who is not willing to accept responsibility for causing the crash.

One of the first things that the victim of a bicycle accident should do is to report the crash to the police. In fact, in Florida, anyone who is involved in a vehicle collision that results in a physical injury or property damage that exceeds $500 is legally required to report the accident to the authorities. There are also a lot of benefits to doing so. For instance, reporting a bicycle-vehicle crash will result in the creation of an accident report that will take note of the facts of the case, eyewitness statements, and even a diagram of the crash scene. An accident report will also note whether the driver violated a traffic law prior to the crash.

Taking Note of the Driver’s Statements

It’s important to avoid discussing anything related to the crash with the other parties involved in the accident, as any statements can be used against the person in court. Avoid apologizing for the accident or accepting blame for the crash. It’s unfair to make an assessment of fault at this early stage. If, however, the driver does make a statement regarding fault, be sure to take note of exactly what he or she said.

If you were involved in a bicycle accident and were fortunate enough not to suffer any serious injuries, your bicycle still likely sustained significant property damage. It’s important to avoid taking it in for repairs right away. Instead, preserve the evidence, which includes damage to the bicycle and can be used to help prove how the accident occurred and why the driver is responsible. It’s also a good idea to keep the closets and equipment you were wearing at the time of the accident.

Report to Your Own Insurer

In Florida, PIP policies, which all drivers are required to obtain, cover the cost of a policyholder’s injuries, even if that person wasn’t driving, but was riding a bike at the time of the crash. You could be eligible for specific benefits from your own insurer, including coverage of medical bills and a portion of the policyholder’s lost wages.

Unfortunately, if a cyclist was involved in a collision with a motorist, he or she will most likely not be able to avoid sustaining some sort of injury. It’s important to document these injuries, as well as your overall physical condition by taking photos of injuries and keeping records of diagnosis, treatment, and medical bills.

Call our office at 954-566-9919 to speak with the dedicated Fort Lauderdale car accident lawyers at Boone & Davis about your legal options following a bicycle accident.

By Boone & Davis | Posted on September 7, 2022
« Driving In The Rain
Insurance Coverage For Injured Pedestrians »